NOAA Maps US Cooling Trend at -3.7 Degrees over 15 Years

I am not sure how these numbers were generated but they observe the exaggerated scope of continental temperatures.  That the has been on a powerful down swing throughout the past decade and a half is surprising.  The difficulty is that local variation and seasonal swings completely confuse the record for everyone.

This also suggests that upswings are just as precocious.

The truth is that we have to few reliable proxies that stand scrutiny.

While all this has been going on, the has been absorbing excess heat each and every year.  This is probably were the warmth went.  We effectively have negative
one heat unit on shore and positive one heat unit in the .  Why?

Some may question my linkage but those are our two anomalies. 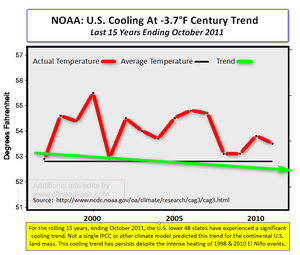 Climate reality keeps defying (mocking?) the IPCC's Climategate scientists. When examining the global temperature trends, it is clear that global warming has actually been missing for the last 15 years. This has definitely been the case of the continental , as the graph on the left depicts.

And, as the chart on the right depicts, this "global cooling" of the U.S continues in spite of the world's ten worst accelerating CO2 emitters (below the red line) over the last two years. The countries increasing their CO2 emissions the most are: (home of ), , , , , , , , and . 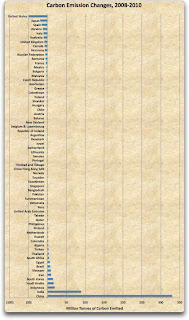 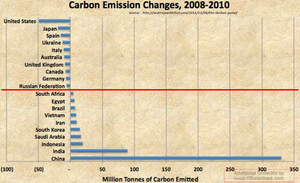 Please note: These linear temperature trends, as shown in the NOAA chart, are not predictions.