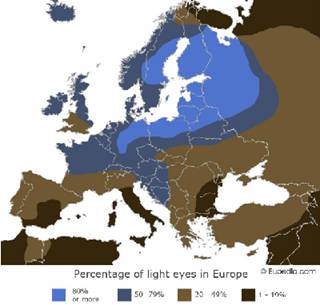 This writer is obviously pushing the more ancient extraterrestrial link to the initial emergence of mankind over 100,000 years ago and makes certain valid points that we have posted on before.

Much more interesting is the establishment to a clear homeland for blue eyes and the existence of an ancient Chinese report attributing the building of their pyramids to blonde blue eyed peoples.

This a real confirmation that the Atlantean Bronze Age Culture was likely rooted on the Baltic itself.  Atlantis itself was positioned by and served as a choke point to control Mediterranean commerce.

It has always been fairly likely that the global distribution of Pyramids was inspired by the Atlantean culture which began around five thousand years ago at the same time as and .  The argument for an earlier beginning has so far seemed quite unlikely.

Conjecture:       a global seafaring culture emerged out of the development of copper metallurgy around five thousand years ago and collapsed around 1159 BC.  Their prestige and wealth allowed the building of monumental pyramids and ceremonial centers.  Their collapse in Europe because of led to the collapse of the general copper trade and a general global retrenchment lasting 1500 years.

This culture was very much the world of a Baltic Troy and that of Moses.  Wealth was derived from copper and it was mined globally and shipped globally by the European shippers.  The end of the importance of copper sent the world into an economic depression that lasted for centuries

A certain map exists in a strange projection that essentially follows the coastlines of the world all the way around.  It is much older than any other known sources.

It must be said that while the intervention theory has merit, the evidence available all points to an extraordinary five thousand years only and that is because metal working only then emerged under human control and inspired both trade and tool making.

Thus we possibly have a second intervention around five thousand years ago in which colony groups were placed at various places around the globe.  From this sprang the rapidly developing modern world no longer prepared to stand by.  The break is obvious and global and pronounced and may well have been initially driven by European intervention.  I presume then that the Noah Tale is such a report.  It certainly fits the known time frames better than other conjectures and is close enough to allow effective transmission to us from three thousand years ago. 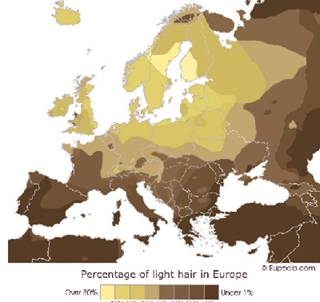 Similar pyramids have been found in and . The pyramids possess advanced technology that could move and carve large stones. A similar race can be found in who were the pharaohs and priests in ancient times. I suggest that as many ancient writings claim our ancestors came from space.

"Francis Crick, the discoverer of DNA, although an atheist published his book, " Life Itself which subscribed to the theory of intelligent design, that our universe was not simply the result of a series of chemical accidents. Primordial life was shipped to Earth in some sort of spaceships.

He states, "Life did not evolve first on Earth; a highly advanced civilization became threatened so they devised a way to pass on their existence. They genetically-modified their DNA and sent it out from their planet on bacteria or meteorites with the hope that it would collide with another planet. It did, and that's why we're here." Our DNA was encoded with messages from that other civilization. They programmed the molecules so that when we reached a certain level of intelligence, we would be able to access their information, and they could therefore "teach" us about ourselves, and how to progress. It possible aliens traveled from another planet to Earth. For instance, the largest human chromosome , chromosome number 1, is approximately 220 million base pairs long. Mathematically human DNA is too complicated to be an accident. 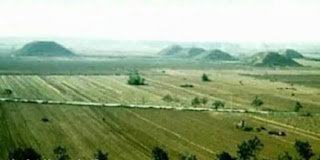 In my opinion, the history of the human race is built on a series of assumptions and little real evidence ignoring the strong evidence for visitors. The scientific study of ancient humans is known as Paleoanthropolgy. Lee R. Burger is Director of Paleoanthropolgy Unit for Research and Exploration at the of in . In his excellent book, "In the Footsteps of Eve he states, " The fossil evidence for modern human origins in the critical time period between 100,000 and 200,000 years ago is, like archaics, frustratingly rare. In fact, the entire fossil evidence of anatomically modern-looking humans from around the world, and over 60,000 years, wouldn't fill a card table. The enduring mystery of human origins is why one member of this primate family evolved into the dominant species on Earth that are humans today? Nevertheless, the fossil evidence that does exist points to an African origin for modern humans. Page 296

We are alleged to be related to apes, but ape brains are rarely larger than 600 cc and humans range from 1000 to 2000 cc. So we are to believe apes who still have 600 cc brains through mutations more than doubled their brain size, and started walking upright, and developed communication. Paleontologists do not like to mention that in the South African mines strange artifacts indicating ancient technology are frequently found such as the artifact. A primitive Neanderthal hominid was found with the finest iron object whose pureness has never been matched even today.

Danish researchers have concluded that all blue-eyed people share a common ancestor, presumably someone who lived 6,000 to 10,000 years ago. Blue eyes are a recessive gene to some extent. The genetics of eye color are complicated, and color is determined by multiple genes. So a mutation is unlikely the cause. There are blue eyed people in Asia and particularly .


Assuming the first blue-eyed humans were among the proto-Indo-Europeans who subsequently spread agriculture into western Europe and later rode horses into and . In humans, dark hair is a dominant trait; if one parent contributes a gene for dark hair and the other contributes a gene for light hair, the child will have dark hair.
Posted by arclein at 12:01 AM