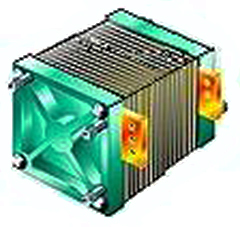 The volcano has been observed spewing ash for the first time in months and apparently we can expect critical third party test results in a few weeks.  This surely means that a working device has been delivered to the testing facility.

As an old market hand, it is pleasant to see strong upward buying pressure appear in the shares of Zenn.  Someone always knows and pre arranged subterfuge will always alert insider buying somehow however careful everyone is. (wink wink)

In fact I take little seriously in a closely watched situation until the pigs show up.  Well folks, the flag has been raised and it is safe to assume that the game is on.

Followers know just how extraordinarily important this work is and its success will simplify the transportation industry overnight.  Let us hope they can now deliver as the wait while unsurprising is always trying.

EEstor’s ultracapacitor technology seems to have been on the verge of being released for years now. The Herald reports that we may not have to wait too much longer to see if it is real – Zenn and the art of electric batteries.

Like other companies selling alternative transportation in an oil-dependent world, Toronto-based Zenn has suddenly become a sexy stock. Its shares have gained 81 per cent over the past three months on the Venture Exchange despite the fact the company has yet to post a profit.

Thing is, Zenn could soon be much more than sexy. It could be downright disruptive, turning the automotive industry on its head.

Sometime over the next several weeks, a privately held and ultra-secretive company named EEStor Inc., based in , is expected to release the results of independent third-party testing of its electrical-energy storage unit, which aims to replace the electrochemical batteries we now use in everything from hybrid cars to laptop computers. EEStor says its system, combining battery and ultra-capacitor technology and based on modified barium titanate ceramic powder, could power a car for 400 kilometres with regular performance. It claims the unit would charge in a few minutes and weigh less than 10 per cent of current lead-acid batteries for the same cost.

If it is proven to work, EEStor, and its equity and business partners, including Zenn and U.S. defence contractor Lockheed Martin Corp., will have a technology that could change the transportation industry, with implications for renewable energy and any sector that needs electrical energy storage technology. …

EEStor has said it expects its technology to be commercially ready within six months. “This is not small potatoes here. If this works, it really changes the transportation sector,” says Massimo Fiore, an analyst with Versant Partners in .
Posted by arclein at 12:01 AM

You are referencing an old article!
This is old news.

correct the article. you are referencing years old news as if it were fresh. wake up.

It is possible Google Alerts has grabbed an old item. Thanks

The long lapse in news allows that unfortunately