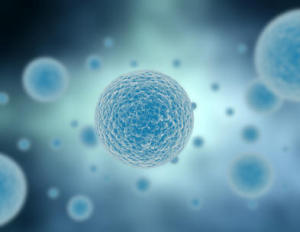 I hate to be picky, but this is an announcement that we are searching for a path to organize cells around.  A breakthrough or several are needed.  It is a little like flying a new flag to see if anyone salutes.

Of well.  Perhaps they can start by organizing a quaternary logic system around which it may be possible to hang some biochemistry.  I would prefer to never have to tackle that exercise myself even though I at least know how to start.

Since that is guaranteed to provide serious headaches, I will be happy to cheer on the sidelines.

ScienceDaily (Nov. 7, 2011) — Scientists at The are leading an ambitious research project to develop an in vivo biological cell-equivalent of a computer operating system.

The success of the project to create a 're-programmable cell' could revolutionise synthetic biology and would pave the way for scientists to create completely new and useful forms of life using a relatively hassle-free approach.

Professor Natalio Krasnogor of the University's School of Computer Science, who leads the Interdisciplinary Computing and Complex Systems Research Group, said: "We are looking at creating a cell's equivalent to a computer operating system in such a way that a given group of cells could be seamlessly re-programmed to perform any function without needing to modifying its hardware."

"We are talking about a highly ambitious goal leading to a fundamental breakthrough that will, -- ultimately, allow us to rapidly prototype, implement and deploy living entities that are completely new and do not appear in nature, adapting them so they perform new useful functions."

The game-changing technology could substantially accelerate Synthetic Biology research and development, which has been linked to myriad applications -- from the creation of new sources of food and environmental solutions to a host of new medical breakthroughs such as drugs tailored to individual patients and the growth of new organs for transplant patients.

The multi-disciplinary project, funded with a leadership fellowship for Professor Krasnogor worth more than £1 million from the Engineering and Physical Sciences Research Council (EPSRC), involves computer scientists, biologists and chemists from Nottingham as well as academic colleagues at other universities in Scotland, the US, Spain and Israel.

The project -- Towards a Biological Cell Operating System (AUdACiOuS) -- is attempting to go beyond systems biology -- the science behind understanding how living organisms work -- to give scientists the power to create biological systems. The scientists will start the work by attempting to make e.colibacteria much more easy to program.

Professor Krasnogor added: "This EPSRC Leadership Fellowship will allow me to transfer my expertise in Computer Science and informatics into the wet lab.

"Currently, each time we need a cell that will perform a certain new function we have to recreate it from scratch which is a long and laborious process. Most people think all we have to do to modify behaviour is to modify a cell's DNA but it's not as simple as that -- we usually find we get the wrong behaviour and then we are back to square one. If we succeed with this AUdACiOuS project, in five years time, we will be programming bacterial cells in the computer and compiling and storing its program into these new cells so they can readily execute them.

"Like for a computer, we are trying to create a basic operating system for a biological cell."

Among the most fundamental challenges facing the scientists will be developing new computer models that more accurately predict the behaviour of cells in the laboratory.

Scientists can already programme individual cells to complete certain tasks but scaling up to create a larger organism is trickier.

The creation of more sophisticated computer modelling programmes and a cell that could be re-programmed to fulfil any function without having to go back to the drawing board each time could largely remove the trial and error approach currently taken and allow synthetic biology research to take a significant leap forward.

The technology could be used in a whole range of applications where being able to modify the behaviour of organisms could be advantageous. In the long run, this includes the creation of new microorganisms that could help to clean the environment for example by capturing carbon from the burning of fossil fuel or removing contaminants, e.g. arsenic from water sources. Alternatively, the efficacy of medicine could be improved by tailoring it to specific patients to maximise the effect of the drugs and to reduce any harmful side effects.