Enormous Power of the Slow Link 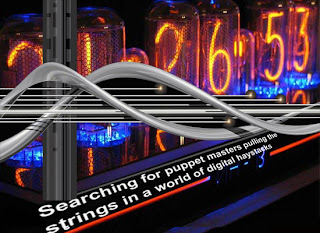 In the past speed was a not available and the internet was noticibly limited.  This ended several years ago and since then internet speeds have been good enough for the consumer.  Now amusingly it turns out that it is not good enough for commercial providers who find that speed is an important component in the final sales decision.

It will be improved rather quickly once designers actually pay attention.  Our browser waste a lot of time in ways we put up with but do notice.  Solving this problem or at least during the buying experience now turns out to be important.

More importantly technical advance will speed it up anyway although our competing desire for greater data density will put limits on that.  After all 3D imaging is awfully close and it is something the advertisers will exploit.

In short the problem is likely to simply disappear as we grind through our hardware generations and awareness of the price imposed by slow data flow is recognized.  Once we transition to 3D, data flow itself will need to be heavily increased.

The Enormous Power of the Slow Link

Anyone driving down a typical stretch of highway in the will encounter an endless barrage of traffic signs designed to dampen our aggressiveness, forcing drivers to drive slower.

At the time, our speeds in the digital world are never fast enough. In fact a 2010 study done by Fiona Fui-Hoon Nah at the concluded that the amount of time an average person is willing to wait for a web page to load has decreased to just 2 seconds.

However, our online patience has been parsed into far tinier increments than we humans can consciously comprehend. Tests done by Amazon in 2007 showed that every 100-millisecond delay in load time translated into a 1% decrease in sales.

So it should only be logical that dampening the speed of a website – using a slow link – may become an effective weapon in the hands of the puppet masters who wish to control the purse stings of online companies.

Ok, count out loud – “one-thousand one, one-thousand two.” Any longer and you’ve just lost a big chunk of your audience!

A study released by Akamai in September 2009 concluded that:

47% expect a web page to load in two seconds or less.

40% will abandon a web page if it takes more than three seconds to load.

52% of online shoppers claim that quick page loads are important for their loyalty to a site.

14% will start shopping at a different site if page loads are slow, 23% will stop shopping or even walk away from their computer.

64% of shoppers who are dissatisfied with their site visit will go somewhere else to shop next time.

Most of us take it for granted that when we are online and click a link that a new page will appear.

Yes sometimes it takes longer than we want, but we tend to shrug off minor delays and wait for the results. But we won’t wait forever.

Who controls the speed of our links?

After studying 1 billion web pages globally, the web research firm New Relic has determined that it takes an average of six seconds for a web page to load and success of a site is relative to its speed.

Over a one week span, they studied actual page loads on sites, testing various browsers, operating systems and even mobile and while six seconds may not sound like a long time, Nielsen data suggests that it only takes one second before a user starts to notice a delay.

The study found that it’s not necessarily the servers or the network, rather most of a user’s load time is spent at the browser level as it downloads JavaScript, interprets HTML, etc.

10% of the transaction time (0.6 seconds) is spent at the server level.

23% of the transaction time (1.4 seconds) is spent on the network level – ISPs, cable operators, and infrastructure providers.

67% of the transaction time (4.0 seconds) is spent on the browser and operating system level.

Six seconds is far too long and would-be customer will start to cut-n-run somewhere around the 4 second mark. 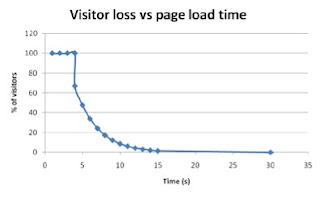 As you can see from the chart above, after 15 seconds, virtually no customers are left.
Tests done by Google in 2006 revealed that switching from 10 to 30 results per page increased load time by a mere 0.5 seconds, but resulted in a 20% drop in traffic.

Who Benefits from the Slow Link?

The entire Internet is based on its linking structure.

What if, for example, a browser, search engine, or operating system had a secret piece of code embedded in it that slowed down the load time even a fraction of a second for companies it didn’t like. The secret code could be buries in a way that is almost impossible to find and the infraction so slight, that it’s nearly impossible to detect.

Naturally, if this kind of tactic were found out, most Internet users would consider this to be an outrageous abuse of power. But maybe inserting the code is handled through a virus, or by using outside hackers or some black-ops teams.

This type of activity may already be going on. With literally billions of dollars at stake, why wouldn’t it be?

We are also seeing a surge in website optimization companies, people who would benefit from removing secret code and anything that could be construed as dampening the load time of a webpage. In much the same way anti-virus software benefits from handling the awful messes created by subversive virus-builders, the optimization people benefit from the “slow-linkers.”

Link strategies will become an even bigger part of tomorrow’s web architecture. Google is now using load time as one of the page-rank criteria that determines search results. Today’s 2-second tolerance level may well drop to 1 second over the coming years.

Our smartphones today have the processing power of desktop computers eight years ago. As smartphones play catch-up, performance criteria will become an over arching issue. With our addiction to information requiring an ever-greater packet-fix, we will be pushing the limits of bandwidth infrastructure, regulatory policy, and digital technology as never before.

In the end, consumers will come out the winners, but the battles happening under the covers of darkness will be where the real wars are fought.

By Futurist Thomas Frey
Author of “Communicating with the Future“ – the book that changes everything
.