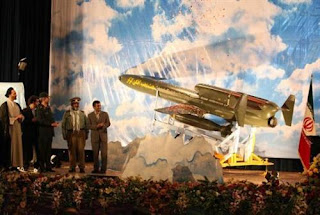 Everyone fails to recognize an absolute truth about Islamicism.  A true believer accepts that it is his sole mission to forcibly convert all non Muslims to the true way of Islam and all acts of leadership and of one’s life are committed to that purpose.

Any other interpretation is pure fantasy and is laughed at by the true believers.  Recall that the Koran is very much a guide book extorting the faithful in the arts of sedition when living in a minority situation. The religion accepts nothing less than submission to Allah and nicely empowers the leadership with divine authority to boot.

Had any of what I just said been untrue, then it would have been written out of the Koran a long time ago.  We certainly have done just that in terms of accepted texts in the Bible.

Thus we come to the natural mindset of the Iranian Mullahs.  They are dedicated to conquering the whole world in the name of Allah.  Not only have they never rejected such a position, they have consistently moved toward that end in setting up and supporting proxies wherever they could.  Thus their present rush to capitalize on the Arab Spring in the hopes of grabbing even greater adherents.

The temptation was just too great and it will need strong action to block it.  However, the great and present threat is the temptation offered for intervention in .

We continue to hope that a democratically informed Muslim majority will finally take charge throughout the Muslim world and the outcomes will begin to improve.  The Arab Spring is such a hope.  I cannot help but think that we are fumbling the hopes and aspirations of the rising middle class in this world, but it is also a case of just too many balls now in the air.

Obama has visibly abandoned , and to their fates.  The only comparable gamble was Jimmy Carter abandoning to its fate by pulling the plug on the Shah without insuring a viable replacement.  I am sure Obama would also like to abandon but may not be allowed to.  Never has so much of this world been completely out of the control of US foreign Policy in such an apparently reckless manner.

The military will reclaim control in and likely in and by trading out faces.  The world has become much more dangerous and the probability of a part spinning out of control has heightened.

The question outstanding is what will the price be?

and its Mutually Assured Destruction

My first book, The Iranian Islamic Revolution, published way back in 1986, dealt with the historicity of the 1979 Khomeinist Revolution in Iran.  In it, I exposed the Khomeinist regime’s long-term ambitions and revisionist account of events that led to the Shah’s overthrow and Ayatollah Khomeini’s ascent to power in the alleged Islamic “Republic” of .  From my observatory in Beirut where Hezbollah and the Iranian Revolutionary Guard (IRG) were growing into a force to be reckoned with in the region and beyond, I absorbed and digested the thinking and logic of Tehran’s strategists.  Boiled down, that strategy involved sending as many mixed signals in as many directions as possible so as to confuse opposing forces and make them tentative.  This would allow theKhomeinists to pursue their global ambitions with minimal opposition.

First, formed an alliance with the Assad regime in .  Next, Hezbollah was established in and later, in 2003, penetrated ’s Shia communities.  Now, is about to achieve its most important goal since the inception of the Islamist regime— a strategic intercontinental ballistic missile arsenal capable of delivering nuclear and other lethal warheads.  Military historians will undoubtedly debate the ins and outs of the ’s long trek to join the nuclear club. What they will find is a Western world that was fooled for decades.  It remains to be seen whether the West’s current leaders will be able to stop this final phase in ’s jihadist strategy.

The 2003  National Intelligence Estimate asserted that had frozen its nuclear program.  This led many analysts in to suggest that an opening might exist to engage the Iranian regime.  The Bush administration’s approach to was cautious but the Obama has been far more aggressive in its diplomacy.   dealings with peaked in June 2009 when it abandoned principle by ignoring the developing “Iranian Spring” to garner favor with the ayatollahs.  The official position in was “we won’t meddle in ’s internal affairs.”  This posture allowed the Revolutionary Guard to take back the streets of using force with little or no restraint.  Meanwhile, the  was preoccupied with the regime’s progress toward manufacture of a nuclear bomb and the realization of “Iranium.”  Sanctions attempted to delay Tehran’s nuclear program while policy negotiations took place behind closed doors, but did nothing to deter the Iranian regime which continued its strategic quest, with nuclear weapons representing only one element in that strategy.

In 2007, I published an article in which I argued that the mullahs intended to develop its missile systems at the same time they were developing nuclear weapons.  I predicted that the  and its Western allies would be preoccupied with fissile material while the Iranian regime would be focused on delivery systems.  Each subsequent year, the world has witnessed new Iranian missiles with longer ranges unveiled in military exercises.  The reach of Iranian missiles has increased dramatically while the international debate was mired in nuclear material. To lend credibility to this obfuscatory maneuver, ’s leaders even pretended to engage in stressful, back-and-forth negotiations, leveraging the assistance of friends like ’s AKP Government and , to mediate unusual “solutions” to fissile material “issues.”

During this charade, ’s real focus was on building the most sophisticated missile systems possible and protecting them with antiaircraft batteries.  More importantly, the Khomeinists have extended ’s launch radius far from mainland .  Hezbollah in Lebanon, the increasingly pro-Iranian Iraqi government and, at least for now, the Assad regime in offer potential launch sites.  The Iranians have a presence in and , and they even have allies in South America (Chavez’s ).  And, last but not least, ’s commanders boasted about their ability to deploy ships off the coast of the en route to refueling in and other possible Latin American safe havens.

Experts rushed to respond asserting that the “Iranian navy” was no match for an American naval superpower.  True, but the ayatollahs are not seeking a battle on the high seas but to display their ability to strike the  at least once, possibly with nuclear weapons.  Basically, the Iranian regime is seeking the stalemate of mutually assured destruction.  wants to stockpile delivery systems that can be rapidly outfitted with nuclear warheads, so that the  and its Western allies will not be able to destroy them before it is too late. The stakes would be too high to attack if has both the bomb and the ability to use it anywhere.

Dr. Walid Phares is the author of "The Confrontation: Winning the War against Future Jihad," and "The Coming Revolution: Struggle for Freedom in the ." He advises members of Congress and the European parliament. www.walidphares.com