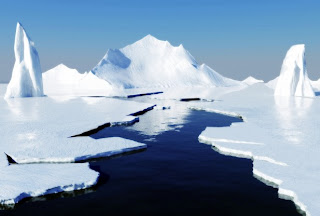 Right now the best modeler available with possession of meaningful facts has put the final demise of the Arctic Summer Ice at 2015.

Using a rougher model, devoid of any field data except the clear observation that the ice was been attacked pretty well at the same rate every year, I predicted in June 2007 that the collapse could come as early as 2012.  I even likely hedged at the time and put it at 2012 to 2015.  This was even before it was obvious 2007 would break records.

I noted at the time that you can not extract a fixed amount every year without entering a non linear death spiral in which all the ice suddenly breaks up and is flushed away.  Since sixty percent had already been lost prior to 2000, it was merely a matter of estimating the rate of change and however one played with it, worst case got us in 2012 and the best case got us long before 2020.

Predictions by others at the time were hopelessly wrong and ridiculously optimistic, or more correctly, no more than one expects from the mathematically challenged.

At the time I spent some change to put this on the public record and I was gratified when NASA slipped in a news release a few weeks later saying the same thing.  I am sure the researcher had been waiting for someone else to say it before his bosses would let him open his mouth.

Arctic Sea Ice Could Melt Away By 2015

A Cambridge University professor and one of Britain’s top ocean experts says that Arctic sea ice could melt away entirely by 2015, the Telegraph reported on Tuesday.
Although the ice would reappear again every winter, its absence during the peak of summer would deprive polar bears of their summer hunting ground, which could put them at risk of extinction, said Professor Peter Wadhams of Cambridge University.
The vast mass of sea ice between northern Russia, Canada and Greenland waxes and wanes with the seasons, and currently reaches a minimum size of about one and a half million square kilometers.
Most climate models, including those used by the Intergovernmental Panel on Climate Change (IPCC), track the decrease in recent years of the area covered by ice to predict the rate at which it will deteriorate in the future.
However, based on research compiled by Dr. Wieslaw Maslowski of the American Naval Postgraduate School, Professor Wadhams says that such predictions do not identify how quickly climate change is causing the ice to thin.
While the IPCC models indicate the ice will remain in place until the 2030s, Dr. Maslowski’s research, which factors in the rate at which it the ice is thinning, indicates the ice will vanish much sooner.
Some see Dr. Maslowski’s model, along with his claim that Arctic sea ice is in a “death spiral”, as controversial.  However, Wadhams told the Telegraph that the calculations had him “pretty much persuaded.”
“His [model] is the most extreme but he is also the best modeller around,” he told the Telegraph’s Nick Collins.
“It is really showing the fall-off in ice volume is so fast that it is going to bring us to zero very quickly. 2015 is a very serious prediction and I think I am pretty much persuaded that that’s when it will happen.”
The ice would return the following winter, but its absence in summer would likely encourage more shipping and oil exploration in the Arctic region, which could further threaten native species, he said.
Polar bears hibernate on land during the winter, but move onto the ice in the spring to hunt.
“The obvious case that everybody points to is the polar bear, and that obviously would either become extinct or it could be that they will go back to hunting on land,” said Wadhams.
“It could be that the polar bear will disappear via interbreeding and go back to terrestrial habitats, but something has to happen because its habitat is going to disappear.”