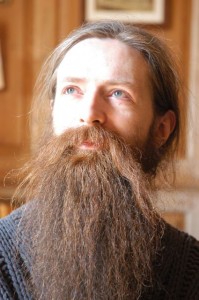 This week brings us news that the outright removal of senescence cells may be a practical and successful protocol to end age related degeneration problems.  In this article we identify two other sectors receiving attention.  All this is building momentum to provide the funding needed to give the problem a full press investment in creative research.

At this moment in history we can already outright replace, or more properly regrow damaged or missing tissue.  Right now it is all about the details rather than the reality itself.

Thus in the next decade it should be possible to fully restore complete functionality and possibly displace all age cells at the same time.  This means all individuals will be able to retain fully functional mature bodies in prime condition to the end of their lives.  This may sound optimistic but the exchange of knowledge is many times faster now and old estimating yard sticks are rubbish once attention is turned on.

The remaining open question is how we actually extend life past the effective century limitation line which has not been done well yet and appears to be built in.  This is a problem that appears separate.  So while I can suggest that surviving to one hundred is now a reasonable prospect for most alive today, who are not idiots in terms of self care, it remains unknown after that.

Observe all researchers are going to talk about decades of research at the moment until usable protocols are available which should only take years.

The world is often stranger than fiction. Surely elves and orcs do not exist, and we have as of yet to uncover a mystical portal to other worlds in . Nevertheless, this is an interesting period of time in regards to science and medicine.

There seems to be two things that are certain in life; death and taxes. At least that is what Benjamin Franklin believed. But is immortality, at least biological immortality, feasible?

Enter Dr. Aubrey de Grey, a biomedical gerontologist based in . De Grey is the Chief Science Officer at the ‘Strategies for Engineered Negligible Senescence’ (SENS) Foundation and the Editor-in-Chief of Rejuvenation Research, the world’s highest impact peer-review journal focused on aging intervention.

In the simplest of terms, SENS is about combating ageing, which according to de Grey is in essence, damage on the molecular and cellular levels caused by the metabolism. The SENS model breaks aging down to 7 major classes of damage; cancer-causing nuclear mutations, Mitochondrial mutations, intracellular junk, extracellular junk, cell loss and atrophy, cell senescence and extracellular crosslinks.

Mitochondria are important components for energy production in cells and mitochondrial mutations are believed to be one of the key proponents of progressive cellular degeneration.

The second project which is currently pursued by another senior postdoc in de Grey’s staff deals with the accumulation of molecular ‘garbage’ which de Grey says our bodies are not built to dispose of.

“In this case the approach is to introduce enzymes from other species – enzymes that do break the offending substance down.” The enzymes that could be used are found in bacteria and mold, as well as other organisms that completely digest biological matter.

In an age of rapid technological advancements, medical breakthroughs and overall expectations, many people remain skeptical in regards to the SENS research.

“I think the attitude of the public is generally reasonable. In general, if anything, the public remain more pessimistic than they should be about when this will be achieved. If they became overoptimistic, I guess there is a possibility that they would see a responsibility of SENS Foundation to deliver, but we’re not in that position,” de Grey explained.

SENS research is still at the early stages, yet de Grey believes they have managed to make plenty of progress already. In a conference at the American based Technology Entertainment and Design (TED) back in 2006, de Grey outlined the SENS research being conducted and was received with positive reviews from the attendees. Back then, de Grey predicted that with this research, if enough funding and attention was drawn to it, could see direct benefits being applied to people alive today. He believes the first human to reach the age of 300, if given the treatment before ageing does too much damage, may have already been born. The first human to live to a thousand would only be a decade younger.

Unfortunately, the economic crisis plaguing a large portion of the globe means funding for research becomes tighter and tighter. De Grey remains optimistic however, as he believes that “the financial crisis has probably slowed things down a little, but not massively.”

“I think 20 years is optimistic, but I still think we have a 50 percent chance of getting there within 25 years. However, that all assumes that we make rapid progress in persuading the public, especially wealthy people, that this is a really important mission,” he stressed.

“Our research is indeed going really well. It’s still at an early stage, that’s for sure, but we’re making progress all the time. Also, I should mention that we’re focusing on the very hardest parts of SENS; there are easier parts, already being pursued by others, and those are going extremely well too,” de Grey concluded.