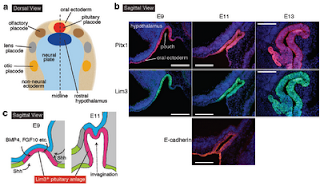 If there ever was a clear target for first adoption in terms of growing new organs, it must be the glands like this one.  The thyroid is a strong second.  The point is that it is possible to replace missing or damaged tissue with this protocol and it will likely be a deliverable in around three years.

It is also likely to be well received by the regulators as well as reversal is simple and obvious.  If it is causing problems one simply removes it again and return to the status quo.  This is no option with the way more critical organs like the heart or kidneys.

In the meantime we are clearly getting practical experience and it is safe to say that all organs will be prospective for necessary replacement by 2020.  In fact I think that we can make an aggressive prediction that any human will be restorable by 2020 to prime health.  That means all disabilities will be curable and in fact they will be cured in order to eliminate the cost of support.

I think this prediction is aggressive but also now extremely likely.  The momentum is clearly there.

A research team at Japan's RIKEN Center for Developmental Biology synthesized a stem-cell-derived pituitary gland.
http://nextbigfuture.com/2011/11/researchers-create-pituitary-gland.html
The pituitary gland is a small organ at the base of the brain that produces many important hormones and is a key part of the body's endocrine system. It's especially crucial during early development, so the ability to simulate its formation in the lab could help researchers better understand how these developmental processes work. Disruptions in the pituitary have also been associated with growth disorders, such as gigantism, and vision problems, including blindness

The work brings us closer to being able to bioengineer complex organs for transplant in humans.

The researchers went a step further and tested the functionality of their synthesized organs by transplanting them into mice with pituitary deficits. The transplants were a success, restoring levels of glucocorticoid hormones in the blood and reversing behavioral symptoms, such as lethargy. Mice implanted with stem-cell constructs that hadn't been treated with the right signaling factors, and therefore weren't functional pituitary glands, did not improve.


Next, Sasai and his colleagues will attempt the experiment with human stem cells. Sasai suspects it will take them another three years to synthesize human pituitary tissue.

Perfecting the transplantation methods in animals will likely take another few years.


Still, researchers in the stem-cell field are impressed with what Sasai's team has accomplished. "This is just an initial step toward generating viable, transplantable human organs, but it's both an elegant and illuminating study," says Michael G. Rosenfeld, a neural stem-cell expert at the of , .
The adenohypophysis (anterior pituitary) is a major centre for systemic hormones. At present, no efficient stem-cell culture for its generation is available, partly because of insufficient knowledge about how the pituitary primordium (Rathke’s pouch) is induced in the embryonic head ectoderm. Here we report efficient self-formation of three-dimensional adenohypophysis tissues in an aggregate culture of mouse embryonic stem (ES) cells. ES cells were stimulated to differentiate into non-neural head ectoderm and hypothalamic neuroectoderm in adjacent layers within the aggregate, and treated with hedgehog signalling. Self-organization of Rathke’s-pouch-like three-dimensional structures occurred at the interface of these two epithelia, as seen in vivo, and various endocrine cells including corticotrophs and somatotrophs were subsequently produced. The corticotrophs efficiently secreted adrenocorticotropic hormone in response to corticotrophin releasing hormone and, when grafted in vivo, these cells rescued the systemic glucocorticoid level in hypopituitary mice. Thus, functional anterior pituitary tissue self-forms in ES cell culture, recapitulating local tissue interactions.