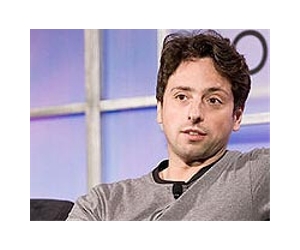 This is now happening mainly because it is becoming plausible. Recent work has blown open the problem sufficiently that pathways are now worth investigating. I would not be surprised to discover that the solution even turns out to be easy. Keep that thought.

The ultimate human lifespan will not be earthly immortality but it can be centuries for individuals who prepare themselves. Recent work has already shown us that telomeres can be rebuilt and that implies restoration to one's prime is a viable proposition.

When I started this blog, interest was still modest, but has since rapidly expanded. Researchers are beginning to believe.


Famed founders of Internet rivals Google and Facebook joined forces on Wednesday to back big-money prizes for research aimed at extending human life.


Sergey Brin and Mark Zuckerberg, along with their spouses, joined Russian venture capitalist Yuri Milner to award 11 scientists $3 million each to launch the Breakthrough Prize in Life Sciences.

"Priscilla and I are honored to be part of this," Zuckerberg said.

"We believe the Breakthrough Prize in Life Sciences has the potential to provide a platform for other models of philanthropy, so people everywhere have an opportunity at a better future."

Levinson said he believes the prize will spotlight outstanding minds in medicine and hopes it will help enhance medical innovation.

Zuckerberg, Milner, and Brin's wife Anne Wojcicki will be on the foundation's board of directors. They have agreed that going forward, five annual Breakthrough prizes of $3 million each will be awarded.

"We are thrilled to support scientists who think big, take risks and have made a significant impact on our lives," said Wojcicki, co-founder of startup 23andMe, which provides personal DNA testing services.

"These scientists should be household names and heroes in society."

Brin remarked that "curing a disease should be worth more than a touchdown" in an apparent reference to riches heaped on professional athletes such as those who play US football.

This year's Breakthrough Prize winners, many of whom targeted cancer in their research, agreed to serve on a committee to select future honorees.

"Solving the enormous complexity of human diseases calls for a much bigger effort compared to fundamental physics and therefore requires multiple sponsors to reward outstanding achievements," Milner said of the Silicon Valley heavyweights teaming up to back the award.