a Yen for Inflation 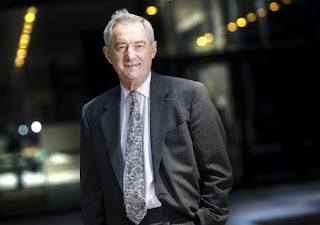 This item is helpful and by been about Japan, we are spared parochial considerations. The Canadian experience, now a couple of decades old has been excellent. It slowly eats away the cash bubble produced by interest and over the same types of time frames. I actually think that two percent happens to be the sweet spot.

The difference between the Canadian experience and the Japanese experience argues just this. I also think that any higher will be also be counter productive and agitation to go higher needs to be ignored. Whether we like it or not we have entered a low interest world that needs to be sensibly sustained even as it reprices assets upward

Once this form of inflation stability is secured, it is inevitable that housing in the USA will reprice upward to around a $300,000 average close to the present average new house price. Once again, the home becomes a solid store of value. Recall that two percent built in? It means a well priced housing buy must be worth half again as much in thirty years or so which is the actual planning cycle of the consumer of housing.

It is not fabulous, but it is good enough to also mitigate local weak spots. The net result is that owners always come out whole unless they were really unlucky. That is what really matters after all. Profits are good for bragging rights but remaining whole while living well is the real agenda of everyone.

A yen for inflation

John Crow’s 2% target is adopted by Japan as well as U.S.

It begins to appear the real Canadian superstar central banker of the last quarter-century was, not Mark Carney, but John Crow. On Monday yet another big country adopted Crow’s strategy of a 2% target for inflation, this time Japan. The U.S., the biggest convert of all, came over last year. Truth be told, we weren’t the first to adopt inflation targeting as a central bank strategy. New Zealand preceded us by two years and went a percentage point lower. But, led by Crow, who took all the heat at the new monetary regime’s outset and was a one-term bank governor as a result, we were in at the start.

One difference between us and the Japanese is that when we adopted inflation targeting, 2% was an ambitious goal. At the time, our inflation rate was over 5%. In Japan, by contrast, the consumer price index is basically constant. It was 100 in 2005 and 98.8 last November, which is not so much deflation as no-flation. What fun awaits the Bank of Japan! As a sect, central bankers are trained from their earliest days that inflation is anathema. Now Japan’s have been tasked to deliberately create some. It’s like preachers being required to cavort with floozies.

Why would a country with almost perfect price stability opt instead for inflation? One problem is that consumer price indexes are always biased upward: In real life, when the price of a good rises, people substitute away from it. The CPI assumes, by contrast, that their spending patterns stay unchanged. Studies suggest the bias is half to three-quarters of a percentage point, so unless you’ve got a little bit of CPI inflation, you really have deflation. That may or may not be bad. Views differ. But it’s not strictly price stability.

But why take inflation beyond the half to three-quarters per cent a year that would be true price stability? The idea is to fix the “problem” of the Zero Lower Bound.

Deflation gives cash a positive return that’s more or less risk-free (unless you’re holding your cash late at night in clear plastic bags in a rough part of town). Positive risk-free real interest on cash may discourage investment in anything else that does involve risk. If you want to see increased investment in real estate or capital equipment or individual learning, positive real returns to cash don’t help.

By contrast, inflation gives cash a negative real return. Two per cent a year may seem trivial — it did when countries had become used to 5% or 6% or even higher — but with inflation at 2%, $100 turns itself into $82 after 10 years and $67 after 20 years, not at all trivial if you’re thinking long term, which is how we want people to think.

With inflation drip-dripping away at the value of cash in this way, people may be more willing to consider other types of investments, including the bricks-and-mortar, nuts-and-bolts, silicon-and-bytes kind that create jobs.

Trouble is, once people know inflation is coming, they’ll act to offset it. All else equal, 2% inflation would reduce all real interest rates by 2% and that would make real, employment-generating investment easier. But of course all else won’t be equal. If everyone knows inflation will be 2%, everyone lending money will ask for an extra 2% to preserve the real return to their investment. Nominal rates change, real rates don’t.

The only investments for which compensating adjustments aren’t possible are those already made. If you lent money at 5% when you thought there wouldn’t be any inflation, you were counting on a 5% real return. Now the central bank decides it prefers 2% inflation, so your real return falls to three. You’re out 2% real. Too bad, so sad!

Do such windfall transfers from lenders to borrowers help the economy? Maybe in the short run. One of the biggest borrowers of all is Japan’s government, which has debts approaching 200% of GDP. Paul Krugman recently wrote approvingly about higher Japanese inflation “helping to inflate away part of the government’s debt,” which it certainly will do.

But will the effects be all good? What happens to lending in the long term? People lend expecting one inflation regime and then the government announces a new regime? True, the government never guaranteed it wouldn’t. The lenders lent with their eyes open. Still, it’s a kind of swindle, isn’t it?

The government now says it won’t swindle again. Two per cent will be the rate for the long term. But what’s to prevent it, three years from now, from going to 4% — as in fact several prominent economists have suggested the U.S. should do in order to deal with its own Zero Lower Bound?

Greater anxiety about the likelihood of making a given rate of return on money lent isn’t the worst disaster imaginable. But will a reputation for policy duplicity really secure Japan’s future?