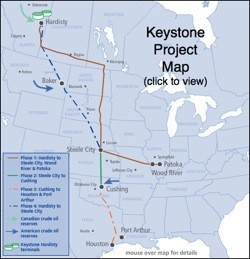 It is totally unexpected for Nature magazine to weigh in on this debate, but it is certainly welcomed. For the past decades, the environmental movement has been allowed free rein to engage in scientific fraud to further their often paid agendas. It has thus become appropriate for leading science voices to step up and use their credibility to counter this behavior far sooner than has been the case.

The worst example has been the so called climate debate in which a select group were able to demonize honest dissent.

It is high time for the leading voices of science to preempt this activity as ac matter of policy. At worst, if it is possible, have two leading sides of the debate tilt at each other.

Beyond all that, if you are concerned about carbon, then while we still burn the stuff, the natural worst to best is clearly coal, oil through natural gas. Suddenly we can supply ample gas thanks to the magic of fracking. That alone is driving the thermal coal industry to the wall right now. This will not stop until all coal plants are shuttered. The stunning reality is that the USA will magically meet its Kyoto objective and eliminate offshore oil imports during the next several years through no government planning of its own.

Oil is for transportation and again oil transport can be graded best through worst with pipeline, sea through rail and truck. Millions of barrels of oil are now pouring into the US by rail over the CN track running through Chicago and down into the Gulf. Burlington Northern is moving north Dakota production in the same way. The rail companies are pinching themselves to discover that the US government is so stupid.

You will observe that the oil is moving regardless and that Canada is engaged in hauling oil into Eastern Canada and in increasing throughput into the West Coast for the Chinese market.

All that oil will be better served ending up in the Gulf refineries to displace incoming oil from the rest of the world. This ramps up the pressure to approve the pipeline and nicely neutralizes the environmental lobby.

Obama urged to focus on coal instead

One of the world's most respected scientific journals says U.S. President Barack Obama should focus on coal-gorging power and utility companies in the United States, instead of appeasing environmentalists by turning down the Keystone XL pipeline.

"Regarding the Keystone pipeline, the administration should face down critics of the project, ensure that environmental standards are met and then approve it," Nature said in an editorial on its website.

Keystone XL pipeline, which will ship oilsands product from Alberta to the Gulf Coast, has been the subject of environmental rage and its scrapping is seen as central to reducing global carbon emissions.
But Nature contends the pipeline's impact on the environment is exaggerated. "Nor is oil produced from the Canadian tarsands as dirty from a climate perspective as many believe (some of the oil produced in California, without attention from environmentalists, is worse)."

While oilsands development raises "serious air-and water-quality issues in Canada," these issues are beyond the president's jurisdiction, the weekly periodical said. "By approving Keystone, Obama can bolster his credibility within industry and among conservatives."

The magazine, considered one of the most-cited scientific journals in the world, says Obama should instead send a message to the coal industry.

"The energy utilities will duly cry foul, but the same companies are already powering down old and inefficient coal-fired power plants in favour of natural gas plants. Why? Because natural gas is cheap and burns more cleanly than coal, helping companies to meet increasingly stringent air-quality regulations."

Meanwhile, a recent report by Greenpeace ranks coal as a bigger climate change culprit than the oilsands.

"Coal is the biggest threat globally," Keith Stewart, one of the report's authors, told The Canadian Press.

The Pembina Institute has recommended scrapping the Keystone XL pipeline based on its findings.

"Moving forward with a pipeline that would undermine other critical efforts to reduce emissions is not an example of responsible resource development," wrote Nathan Lemphers, in a blog on the Pembina website, arguing that the approval of the pipeline will mean oilsands production equivalent in carbon emissions to building 6.3 new coal-fired power plants or putting 4.6 million cars on the road.

The U.S. State Department is expected to make a decision on the pipeline by the end of the first quarter.
Keystone was blocked last year amid concerns over the route of the pipeline, which crossed the sensitive Sand Hills region of Nebraska. TransCanada submitted a new plan in September of last year proposing an alternate route through the state. Nebraska's Republican Gov. Dave Heine-man gave the go-ahead to the pipeline last week.