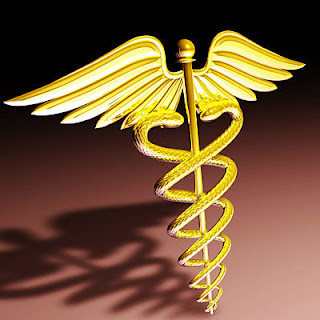 Yes, it has been a gold rush and it has been nasty because there is no easy market driven correction built into the system except outright bankruptcy and that continues to be underwritten by the Federal government even when the private sector simply takes the cream.

The need is universal and it is not voluntary. The solution needs to match. Canada's system can be better but it has a base from which it can be better. The US system delivers excellence to what is on the way to becoming a minority and spotty service to most everyone else. It is time to start over before the bankruptcy court does it for you.

Canada had the good fortune to set up in a time when the industry was overcapitalized to start with. Doctors were not doing great financially although they always did well compared to their patients. Our health care system eliminated the collection problem and allowed them to function on health care albeit with a set of rules to work around.

It is still changing and evolving, however our doctors can have a good life, and even operate under clinic environments which provides him ample time off. I expect it to actually continuously improve as time progresses and folks actively work at it. It certainly has since its inception almost fifty years ago and you can not ask for much more.

Winston Churchill once remarked, “Americans will always do the right thing, once they’ve exhausted all alternatives.” His observation, at least the second half of it, is proving itself as we continue to struggle with our health care system, especially its out-of-control costs that are crippling the budgets of businesses and government alike.

There is a lot of money in our health care system, and no enforceable budget. That leads to carelessness when it comes to spending that money.

What are some of the reasons health care costs continue to rise? Here are a few examples.

For at least the past 40 years, I’ve heard colleagues say, “We’d better get our fees and charges up now, because next year they’re really going to crack down on us.” It has never happened, yet. The problem is intensifying as outpatient “providers” have morphed from being real people into being corporations.

The Los Angeles Times reported on a case where a teacher’s group health plan was billed $87,500 by an “out of network” provider for a knee procedure that normally costs $3,000. Her health plan was willing to pay it. Outraged, the teacher ratted on the orthopedic surgicenter to California’s attorney general. After the press got involved, the charge was “reduced” to only $15,000. Not a bad pricing strategy, from the surgicenter’s point of view.

The New York Times reported an incident where a student who needed emergency gallbladder surgery ended up with a couple of “out-of-network” surgeons through no fault of his own. He was billed $60,000. His insurance company was willing to pay only $2,000. He was left to deal with the rest of the bill on his own.

There are many more examples. Privately insured patients are not the only ones affected. Governors around the country are continuing to struggle with how to pay for their Medicaid programs. In Oregon, Democratic Gov. John Kitzhaber is trying to find ways to impose a fixed budget on Oregon’s Medicaid program without adversely affecting Medicaid beneficiaries. But, he acknowledges, disciplining Medicaid alone will not do the job. He hopes his approach will be adopted by most other health insurance programs.

In Maine, Republican Gov. Paul LePage is struggling not only with how to keep up with burgeoning current Medicaid costs, but also how to pay the state’s almost $500 million past-due Medicaid debt to hospitals. He has proposed lowering liquor prices to boost sales, and mortgaging Maine’s future liquor revenues to secure bonds to pay the debt. His Republican colleagues in the Legislature have described this idea as “creative.”

One of the central features of Obamacare is the creation of “health insurance exchanges,” or online marketplaces. But the law has recognized that many people will need help making the right choices. So it has created an army of “navigators” to help them. A recent Washington Post story points out that a huge number of such experts will be necessary (California alone plans to certify 21,000 of them). Their cost will be reflected in higher health insurance premiums and has sparked opposition from insurance brokers who view them as competition. That will be an expensive fight, without increasing the amount going to actual health care by a single dollar.

Then there is the purchase of politicians by powerful corporate interests. When the Medicare prescription drug benefit was enacted in 2003, it was prohibited from negotiating lower drug prices, even though the veterans health system and many Medicaid programs are permitted to do so. The lead congressman pushing that provision retired from Congress soon after it was passed to take a lucrative job with the pharmaceutical industry. This has become standard practice in Washington.

And don’t forget the for-profit levels of compensation paid to the executives of nonprofit hospitals.

Meanwhile in Massachusetts, where Obamacare was born, health care costs are expected to rise six to 12 percent next year. Last year, their legislature passed a law capping increases in total private and public spending statewide, limiting them to the rate of growth of the Massachusetts economy. But the job of figuring out how to actually get it done was turfed to an “expert panel” of “stakeholders.” My bet is that such cost control will be difficult or impossible to achieve unless we simplify and centralize the way we finance health care.

Why does this financial abuse of taxpayers and patients continue? Because we let it. Americans often react to structural problems by simply throwing more money at them. We seem to be unable to say “no more.”

Maybe it’s time to revisit the part of Churchill’s comment about Americans always doing the right thing — by emulating the policies of most other wealthy countries. They have health care systems that are more popular than ours, provide better access to care, get better results, and are far less expensive.

Maybe it’s time to put everybody into a single, nonprofit system we can all support, within a budget acceptable to the majority of people. That arrangement would eliminate the political fights among people in different health insurance programs, each questioning change by asking, “How does it benefit me?”

Such a system would be best if done at a national level. But it could work initially at the level of individual states, such as Maine. That’s how the Canadians did it — one province at a time. If Maine could be one of the first states to do that, the people of Maine could truly say “Dirigo, I lead.”