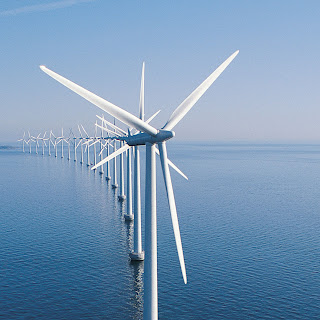 Without question the thermal coal industry is setting up to simply disappear.  The hard driver will be the rapid build out of natural gas burning plants.  No one can stand up against that type of competition.

Way more important it that sooner or later we will have super conducting power transmission to send power anywhere to anywhere at slight cost and we will have effective batteries to store surplus energy as a huge energy buffer.  With that environment, wind is a gift that never stops giving and geothermal also become highly attractive for base load.

Fuel based systems then become unattractive, particularly as presently configured.  They were all established on the basis of  a logistical compromise whose economic rational evaporates.

The changeover is well underway and will become more apparent as time progresses.

Something interesting is happening in .

A new study by the research firm Bloomberg New Energy Finance has found that unsubsidized renewable energy is now cheaper than fossil fuels like coal and gas.
In fact, it’s a lot cheaper.

Data shows that wind farms in can produce energy at AU$80/MWh. Meanwhile, coal plants are producing energy at AU$143/MWh and gas at AU$116/MWh.

Unlike the , where energy companies can pollute and have the costs (from illness to environmental degradation) picked up by the taxpayers, has a carbon tax, which partially explains why renewables have a price advantage. But the data shows that even without the cost of carbon tax factored in; wind energy is still 14-cents cheaper than coal and 18-cents cheaper than gas.

And this is in a nation that relies more heavily on coal than any other industrialized nation in the world. But that coal reliance will soon change, as companies in are quickly adopting new, cheaper renewable energies. As the study found, banks and lending institutions in are now less and less likely to finance new coal plants, because they've simply become a bad investment.

And, while Australian wind is cheapest now, by 2020 - and maybe sooner - solar power will also be cheaper than coal and gas in . The energy game is rapidly changing in that country.

Michael Liebrich, the chief executive of Bloomberg New Energy Finance, noted, “The perception that fossil fuels are cheap and renewables are expensive is now out of date.”

Well, here’s a news flash: That perception has been out of date for a while now – even right here in the United States.

According to the Energy Information Administration, looking ahead to 2016, natural gas is the cheapest energy in the at roughly $66/MWh. Coal comes in second at $94/MWh. But right behind coal is renewable wind at $97/MWh, which in large part accounts for why wind energy production has tripled since 2000.

And, unlike in , none of those prices account for the externalities associated with fossil fuels like pollution, cancers, military protection, or global warming. In , the fossil fuel industry has made sure those externalities are paid for not by the coal and gas energy producers, but instead by you and me.

The fossil fuel industry doesn't pay a penny of the cost of rapidly accelerating climate change. Or the healthcare costs from exhaust- and refinery-driven diseases and deaths from air, water, and other pollution. Not to mention the community costs of decreasing property values when a coal plant is put in your backyard. Nor do they put a cent toward the cost of our Navy keeping the oil shipping lanes open or our soldiers “protecting” the countries that “produce” all that oil.

All of these externalities come with fossil fuel production, but pretty much don't exist with renewable energy production. And those externality costs are not only not paid for by the fossil fuel industry – they're never even mentioned in the corporate-run “news” media in .

Research from the Annals of the New York Academy of Sciences concludes that the total cost of these externalities, if paid by the polluters themselves, would raise US fossil fuel prices by as much as nearly $3/MWh. And that’s an extremely conservative estimate. Which puts wind power on parity with coal in .

Which is why we as a nation need to throw everything we have at making renewable energies our primary way of powering into the 21st century.

Think of it as a new Project. We need green energy, local energy, and a 21st century smart grid to handle it all.

Over time, the marketplace will do this for us. But with just about every developed country in the world ahead of us, and our dependence on oil making us more and more tightly bound to Middle Eastern dictators and radicals, to wait and hope big transnational corporations will help birth a new America is both naïve and stupid. Instead of depending on them, we should be recovering from them the cost of those externalities – a carbon tax – that can be used to build a new energy infrastructure in .

Let’s take a lesson from and the Eurozone, which have both set up carbon taxes to make 19th century energy barons pay for at least some of the damage they've done. And then use that revenue for a green energy revolution here in .

Considering the threats of climate change, war, and disease, only an idiot – or a fossil-fuel billionaire like Charles or David Koch – would want us to bring in more oil with a pipeline or take any other steps to continue 's dependence on dirty and costly last-century fuels.

Renewables now cheaper than coal and gas in Australia

By Giles Parkinson on 7 February 2013

A new analysis from research firm Bloomberg New Energy Finance has concluded that electricity from unsubsidised renewable energy is already cheaper than electricity from new-build coal and gas-fired power stations in .

“The perception that fossil fuels are cheap and renewables are expensive is now out of date”, said Michael Liebreich, chief executive of Bloomberg New Energy Finance.

“The fact that wind power is now cheaper than coal and gas in a country with some of the world’s best fossil fuel resources shows that clean energy is a game changer which promises to turn the economics of power systems on its head,” he said.

But before people, such as the conservative parties, reach for the smelling salts and wonder why renewables need support mechanisms such as the renewable energy target, BNEF said this was because new build renewables had to compete with existing plant, and the large-scale RET was essential to enable the construction of new wind and solar farms.

The study also found that ’s largest banks and found that lenders are unlikely to finance new coal without a substantial risk premium due to the reputational damage of emissions-intensive investments – if they are to finance coal at all.

It also said new gas-fired generation is expensive as the massive expansion of ’s liquefied natural gas (LNG) export market forces local prices upwards. The carbon price adds further costs to new coal- and gas-fired plant and is forecast to increase substantially over the lifetime of a new facility.

BNEF’s analysts also conclude that by 2020, large-scale solar PV will also be cheaper than coal and gas, when carbon prices are factored in.

In fact, it could be sooner than that, as we reported yesterday, companies such as Ratch , which owns coal, gas and wind projects, said the cost of new build solar PV was already  around $120-$150/MWh and falling. So much so that it is considering replacing its ageing coal-fired power station with solar PV. The solar thermal industry predicts their technologies to fall to $120/MWh by 2020 at the latest.

The Bloomberg analysis said the Australian economy is likely to be powered extensively by renewable energy in future and that investment in new fossil-fuel power generation may be limited.

“It is very unlikely that new coal-fired power stations will be built in . They are just too expensive now, compared to renewables”, said Kobad Bhavnagri, head of clean energy research for Bloomberg New Energy Finance in .

“Even baseload gas may struggle to compete with renewables. is unlikely to require new baseload capacity until after 2020, and by this time wind and large-scale PV should be significantly cheaper than burning expensive, export-priced gas.

“By 2020-30 we will be finding new and innovative ways to deal with the intermittency of wind and solar, so it is quite conceivable that we could leapfrog straight from coal to renewables to reduce emissions as carbon prices rise.” he added.

The analysis by BNEF is significant. Australia relies more on coal than nearly any other industrialised country, but it also has some of the world’s best renewables resources, which it has been slow to exploit. But is this likely to prompt a review of the Coalition’s energy policies – which are based on the premise that renewable energy is expensive and unreliable? Don’t bet on it.