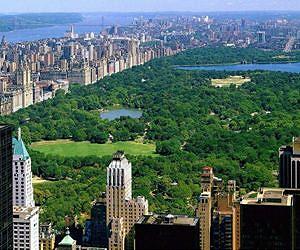 It turns out that urban heat output is far more effective than originally thought and it certainly is in a position to be leveraged by the jet stream just as El Nino is leveraged.  That is still a long was from a complete answer.  That will take decades of observation and analysis to make clear.

It is also the one factor that has hugely modified our temperature collecting protocol and makes our historical data pretty dicey since it is impossible to properly correct with anything other than a fudge factor.

We discussed this several years ago and reviewed quite a bit of heated material.  My sense is that it is part of an envelop of interacting variables that far too difficult to safely resolve into a useful predictive tool set.  Since then we have seen global temperatures flat line for fifteen years completely delinking from the CO2 hypothesis which was fuzzy anyway.  However it flat lined at a warmer state so the present plateau is a plausible half degree above the prior state.  All this fits nicely with out Holocene expectations after our recovery from the Little Ice Age.

It is warmer and that is good news.  The bad news is that it could now get cooler or worse, precipitously cooler as it is wont to do.  If one of my conjectures were to hold up, we are a few centuries away from that.

Study finds energy use in cities has global climate effects

The heat generated by everyday energy consumption in metropolitan areas is significant enough to influence the character of major atmospheric circulation systems, including the jet stream during winter months, and cause continental-scale surface warming in high latitudes, according to a trio of climate researchers that includes Ming Cai, a professor in 's Department of Meteorology.

Led by Guang Zhang, a research meteorologist at Scripps Institution of Oceanography at the University of California, San Diego, the scientists report in the journal Nature Climate Change that waste heat released in major cities in the Northern Hemisphere causes as much as 1 degree C (1.8 degrees F) of continental-scale winter warming in high latitudes of the North America and Eurasian continents. They added that this effect helps to explain the disparity between actual observed warming in the last half-century and the amount of warming predicted by computer models that only include anthropogenic greenhouse gases and aerosols.

The study, "Energy Consumption and the Unexplained Winter Warming Over Northern Asia and ," appears in online editions of the journal on Jan. 27. The study was funded in part by the National Oceanic and Atmospheric Administration's Climate Program Office.

Cai, Zhang and Aixue Hu of the National Center for Atmospheric Research in Boulder, Colo., considered the energy consumption - from heating buildings to powering vehicles - that generates waste heat release. The world's total energy consumption in 2006 was 16 terawatts (one terawatt equals 1 trillion watts). Of that, 6.7 terawatts were consumed in the 86 metropolitan areas considered in this study.

"The burning of fossil fuel not only emits greenhouse gases but also directly effects temperatures because of heat that escapes from sources like buildings and cars," Hu said.

The release of waste heat is different from energy that is naturally distributed in the atmosphere, the researchers noted. The largest source of heat, solar energy, warms the Earth's surface. Atmospheric circulations distribute that energy from one region to another. Human energy consumption distributes energy that remained dormant and sequestered for millions of years, mostly in the form of oil or coal. Though the amount of human-generated energy is a small portion of that transported by nature, it is highly concentrated in urban areas.

"The world's most populated metropolitan areas, which also have the highest rates of energy consumption, are along the east and west coasts of the North American and Eurasian continents, underneath the most prominent atmospheric circulation troughs and ridges," Cai said. "The concentrated and intensive release of waste energy in these areas causes a noticeable interruption to normal atmospheric circulation systems, leading to remote surface temperature changes far away from the regions where the waste heat is generated."

The authors report that the influence of urban heat can widen the jet stream at the extratropics, or area outside the tropics. They add that the heating is not uniform. Partially counterbalancing it, the changes in major atmospheric systems cool areas of by as much as 1 degree C, with much of the temperature decrease occurring in the fall.

The study does not address whether the urban heating effect disrupts atmospheric weather patterns or plays a role in accelerating global warming, though Zhang said drawing power from renewable sources such as solar or wind provides a societal benefit in that it does not add net energy into the atmosphere.

Zhang said the climate impact this research studied is distinct from the so-called urban heat island effect, an increase in the warmth of cities compared to unpopulated areas caused by land use changes. Such island effects are mainly a function of the heat collected and re-radiated by pavement, buildings and other urban features.

"What we found is that energy use from multiple urban areas collectively can warm the atmosphere remotely, thousands of miles away from the energy consumption regions," Zhang said. "This is accomplished through atmospheric circulation change."

They also find observational evidence indicates that the waste heat can be the "missing forcing" that would account for the discrepancy between the observed temperature change and that is simulated in computer models forced only by anthropogenic greenhouse gases and aerosols. They suggest that the influence of energy consumption should be considered, in addition to heat-trapping gases and aerosols, as necessary anthropogenic factors in computer models to predict the future climate.