Scientists Prove You Can Think Your Way to Wellness 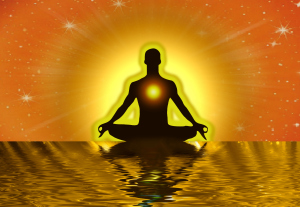 Many have said as much but we now know that a large sample tracked after a thirty year gap confirm the core idea. That a positive outlook on life will extend your time on Earth. The real take home for all is to guard against the negative and practice the art of avoiding such feelings however well learned. It does mean self examination and application. Meditation does help.

It also integrates with the placebo phenomenon which has confounded plenty of biological conjecture.

The case for thoughtful eating and thoughtful exercise combined with a determination to remain positive is becoming more compelling.

Scientists Prove You Can Think Your Way to Wellness

Sometimes it really is the thinking that makes it so. Spend your days focusing on your vibrant health and you will be vibrantly healthy. In contrast you could make it known that you lack a healthy lifestyle, and as a result you will continue to live an unhealthy lifestyle. While this belief is held by many, a recent study has come out with even mainstream scientists proclaiming the very real power of thought.

Scientists Find Promoting Own Well being Leads to Longevity

During the 70s more than 8,000 individuals participated in a study where they self-rated their health and were given a medical checkup. Three decades later the participants were reassessed. While taking in risk factors such as tobacco, chronic diseases, and high blood pressure, the scientists found that the individuals who responded positively were more likely to outlive those who replied in the negative. In other words, positive thinking promotes healing and quality health.

It is important to realize that your mind can sometimes be your own worst enemy, or it could be your savior. Increasingly, it is being recognized that a ‘mind over matter’ approach can actually produce noticeable results in your health.

Past research has found that savoring the moment and positive thinking can help to not only improve your current health, but also prevent future health complications. In particular, the findings found positive thoughts to be especially beneficial to those already suffering from diseases like coronary artery disease and high blood pressure.

One very ‘accepted’ example of how thoughts can produce self-healing is when patients demonstrate improved health benefits after being given placebos. It has been found that participants often respond positively to placebos due to the expectation that they are receiving a real medicinal solution. This leads to a mental response that stimulates healing through stress reduction and a number of other factors. This kind of self-treatment can be seen in one case where a woman’s own thoughts made her lose nearly 112 pounds.

Thoughts and thinking are very powerful tools in life. If you believe your illness is becoming worse, it will likely become worse. If you think it is becoming better, it will likely become better. Make every attempt to de-stress the brain, as it will be much easier to come to the realization that your own thoughts and beliefs really can cause self-healing. Search for the gold, and begin promoting your own wellbeing right away.

Anthony Gucciardi is an accomplished investigative journalist with a passion for natural health. Anthony’s articles have been featured on top alternative news websites such as Infowars, NaturalNews, Rense, and many others. Anthony is the co-founder of Natural Society, a website dedicated to sharing life-saving natural health techniques.

I don't know if there's anything to the New Age/New Thought movement, but I sure know it has a history. Take my free online course anytime and catch up: