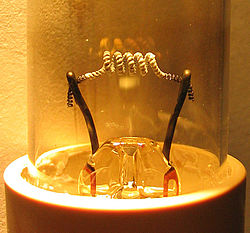 I am not so sure that this is a particularly new idea so much as an engineering impossibility. Whether or not that has changed remains to now be seen. It would be really nice to draw off surplus heat as as direct electrical power as a matter of simple best practice. We might even get good at it. I suspect that it remains a daunting problem but possibly one that now may attract research funds.

Direct thermal conversion into electrical potential has never got much attention mostly as no one had any good answers. Yet we live in an ocean of such potential and even a small conversion would be beneficial. Our dance with the laws of physics does suggest that we can master this ocean.

Applying a magnetic field has been obvious and literally the first thing that ones thinks to try. At least we can now presume it works well enough in an ideal setup in a lab. This then takes us back to engineering and it is here that modern materials have something to say. No one is wrapping an electric coil around a cylinder head anytime soon. Neodymium magnets may be another matter.

It is certainly worth toying with to see if it can go somewhere by an army of researchers.

Arxiv - Thermionics (electronics for converting heat to electricity) previously had efficiency limitations due to “space current” – build-ups of electrons mutually repelling each other and choking the flow of current – so the new system uses external electric or magnetic fields to get the electrons going in the right direction. The system promises a high fraction of the Carnot Limit can be converted directly into electrical power.

The new thermoelectronic approach promises efficiencies in the high 40-50% range, achieving the latter by acting as a “topping cycle” to a lower temperature steam system. For example a coal furnace burns at ~1500 C (1773 K), but a steam turbine runs at 700 C (973 K) and outputs at 200 C (473 K). Thus there’s significant loss due to the mismatch between furnace and steam power-cycle. A thermoelectronic converter covering the 1773-973 K range will add significantly to the overall power extracted by the power-plant pushing its efficiency above 50%. In this case a 45% efficient coal plant can be pushed to 54%, thus increasing the power output for no additional fuel costs and NO MOVING PARTS.

Switching to solar-power applications, imagine a thermoelectronic converter at the centre of a concentrator system which focuses sunlight to 500 times its normal intensity (temp ~1900 K.) By using a Photon Enhanced Thermionic Emission (a cousin of the Photoelectric effect) the system can convert raw sunlight to electrical power at over 40% efficiency


ABSTRACT - Electric power may, in principle, be generated in a highly efficient manner from heat created by focused solar irradiation, chemical combustion, or nuclear decay by means of thermionic energy conversion. As the conversion efficiency of the thermionic process tends to be degraded by electron space charges, the efficiencies of thermionic generators have amounted to only a fraction of those fundamentally possible. We show that this space-charge problem can be resolved by shaping the electric potential distribution of the converter such that the static electron space-charge clouds are transformed into an output current. Although the technical development of practical generators will require further substantial efforts, we conclude that a highly efficient transformation of heat to electric power may well be achieved.


Optimization of the conversion efficiencies requires the development of metal or semiconductor surfaces with the desired effective work functions and electron afinities, respectively, which may also be done by nanostructuring the electrode surfaces. These surfaces need to be stable at high temperatures in vacuum. The tunability of the gate fi ld opens possibilities to alter the converter parameters during operation. Although the need to generate Cs+ ions to neutralize the space-charge cloud is eliminated, ad atoms of elements such as Cs can be used to lower the work function of the electrodes, in particular of the collector. For high efficiency, the devices must be thermally optimized to minimize heat losses through the wiring. Furthermore, thermal radiation of the emitter must be reflected efficiently onto the electrode. For ballistic electron transport between emitter and collector, a vacuum of better than 0:1 mbar is also required, reminiscent of radio tubes.


Such devices may be realized, for example, in a flip-chip arrangement of oxide-coated wafers separated by tens of micrometers using thermal-insulation spacers. This produces hundreds of Watts of power from active areas of some 100 cm2. The magnetic fields, typically 1 T with large tolerances in strength and spatial distribution, can be generated by permanent magnets or, for applications such as power plants, by superconducting coils. Achieving viable, highly efficient devices requires substantial further materials science efforts to develop the functional, possibly nanostructured materials, as well as engineering efforts to achieve a stable vacuum environment in order to minimize radiative and conductive heat losses, and to ensure competitive costs. Remarkably, however, no obstacles of a fundamental nature appear to impede highly efficient power generation based on thermoelectronic energy converters.
Posted by arclein at 12:00 AM