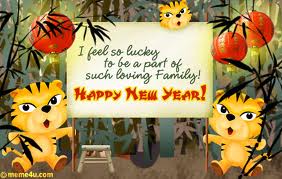 What is most delightful about the Chinese experience is that it can be compared to our experience since 1960.  Recall that our society was also profoundly organized along traditional lines up to then.  It was never satisfactory but it was how it was.  The same is also true elsewhere around the world.

Most of it has to do with birth control actually freeing women from biological necessity for the decade of their twenties.  This is a huge global sociological experiment that is sometimes disturbing, but also sometimes surprising and mostly welcome.

Thus in a pressing sexist society we have this delightful solution.  Definitely a wonderful source of comedy and farce.

China rent a boyfriend, rent a boyfriend is a new fad that is sweeping the country. Since many girls will be going home to see their families for Chinese New Year celebrations, many are renting "boyfriends" just to get their nosy families off their backs. On Feb. 6, The Telegraph reported that 300 men are listed "for rent" on the shopping site TaoBao. The price is about $48 a day -- and a bit more if an "appropriate kiss" is required -- you know, to really convince the fam.


"It can be a particularly miserable experience for girls who don’t bring home a boyfriend, leading to endless questions about why they’re not dating and where their life’s going. In this sexist society, ladies over 27 who aren’t hitched are labelled 'leftover women,'" reports The Telegraph.....examiner.


The "rent a boyfriend" idea could pay off well. At this point, it is unclear how many girls/women are shopping for pseudo-boyfriends for the holidays. However, they will all have to be careful now -- and be ready for even more questions -- since "news" of this new thing has gone viral.


There are many cultures that would not go for something like this at all. However, tends to try things -- all kinds of things. Some of said things catch on and some don't (like that fake braces fad from December). Renting a boyfriend probably wouldn't fly in The States, would it?


In , renting a boyfriend might not be that bad of an idea. Family questions can be relentless.