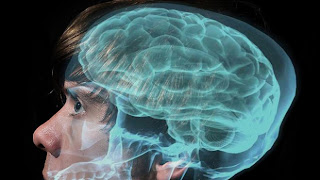 There are two types of evil.  The type this addresses is the worst kind and we will simply label it primal evil and it is strongly associated with a physical flaw in the brain itself.  Evidence exists suggesting that Hitler suffered a war injury to the head and that effected his subsequent behavior.  Other specific cases also typically are associated with brain flaw and this work polices the obvious science.

The other type of evil is derivative evil and it is learned and impressed through the social environment.  This is both forgivable and also modifiable if not outright curable.  That is not necessarily easy as the victim has a whole sense of self bound up in abhorrent behavior.  Recall that it requires time and effort to bring a soldier back down into civilized behavior at best.

My own observations and reading had come to the general conclusion that primal evil was expressing a physical abnormality.  This indicates that we have found at least one such source.  It may even be sufficient.  Obviously the next step is to diagnose this whenever indicated and if this work is an indication, operate to remove the problem which may be as simple as scaring.  An unlucky blow to the head can induce bleeding and derivative tissue damage and physical scaring.  The same holds true for difficult births.

We now know these people can be identified and are themselves victims in need of corrective surgery to make them safe to society.

We should be so lucky as to have an equally simple solution for obsessive learned bad behavior.  Pedophiles, kleptomaniacs and many other obsessives want to be cured.  So far our only avenue open appears to be shamanism and their curious drug therapy.

By Jeremy A. Kaplan

After studying the brains of violent killers, rapists and robbers, German neurologist Gerhard Roth claims to have found a “dark patch” in the center of the brain -- he calls it the evil spot, a genetic source of violent behavior.

Roth, a professor at the University of Bremen, told news site Bild.de that he had shown short films to criminals and measured their brain activity. A small section at the front of their brains showed no reaction to violent scenes; it remained "dark" when shown dark scenes.

"Whenever there were brutal and squalid scenes, the subjects showed no emotions. In the areas of the brain where we create compassion and sorrow, nothing happened,” Roth said.

BioEdge, a blog dedicated to bioethics news, translated Roth's German into English: “This is definitely the region of the brain where evil is formed and where it lurks.”

Not so fast. Human behavior, affect and emotion is likely a far more intricate thing, explained Dr. Steven Galetta, chairman of the neurology department at the NYU School of Medicine

'It’s probably not as simple as X marks the spot for a particular behavior.'
- Dr. Steven Galetta, chairman of the neurology department at the of Medicine

“People look at the blood flow to one area and they say, ‘aha, this is the evil patch.’ It’s probably a lot more complex than that,” Galetta told FoxNews.com.

“Certain areas are likely important for certain behaviors, certain attitudes. But it’s probably not as simple as X marks the spot for a particular behavior.”

Roth’s study, according to Bild.de, was conducted for the German government on violent convicted offenders. He said the dark mass that he has identified appears in all CT scans of people with such records -- and taking it out ended their “evil” behavior.
Roth did not respond to FoxNews.com requests for more details on his study.

Terre Constantine, executive director of the Brain Research Foundation  and the former director of the Jack Miller Center for Peripheral Neuropathy, expressed skepticism at the report, but agreed that brain abnormalities such as tumors can affect behavior.

“It absolutely can affect the brain and your personality and how you communicate. And it can make you aggressive -- not all tumors, of course: it depends where it is,” told FoxNews.com.

Her foundation, which funds research into neuroscience seeking to understand the brain’s workings, has aided research similar to Roth's with more advanced imaging techniques.

One recent study from a researcher studied parenting behavior. It found activity in the amygdala -- a portion of the brain connected to the limbic system -- correlated to parenting style. It “lit up” in the brains of normal mothers, while “harsh parents” didn’t react to scenes of bad parenting.

“There’s clearly differences in the brain depending on what sort of disease or abnormality a person has,” she told FoxNews.com. And many things can cause abnormal behaviors. “They’re either wired differently or there might be some disease that’s causing the brain to atrophy.”

But agreed with Galetta: Complex topics and behaviors are likely linked to other areas of the brain, rather than concentrated in one “evil area.”

“I would argue it’s probably not the only “evil” spot,” she said. “There are other areas in the brain, there are lots of … empathy areas or violent areas or just social reaction areas within the brain.”

“This may be one of the spots, but I’d be surprised if it’s the spot.”