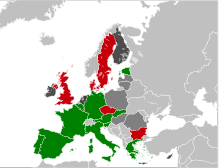 It is my personal opinion that the only workable tax regime is some form of flat transaction tax with natural offsetting to prevent double paying. It needs to be applied to interest as well as fees but never to capital. The same method also needs to be applied to incomes and goods. With the same constraints thought out well. Importantly this allows the income tax to be vacated.

In this manner, increasing money velocity means a sharp increase in tax revenue and a natural damper to inflation and bubble building.

However I do not understand how these measures do anything in the short term except to underwrite the present austerity drive. What is needed is a restoration of consumer lending to produce an improving credit environment. The cost of four years of contraction and credit destruction is inevitably a decade of credit rebuilding to restore economic health. It is no longer going to be that easy that way.

While this is underway, it is necessary to underwrite a massive government guaranteed capital rebuilding program. This will provide real stimulation.

How Congress Could Fix Its Budget Woes, Revisited: The Financial Transactions Tax Alternative

In a February 13 article at Truthout, economist Ellen Brown wrote "How Congress Could Fix Its Budget Woes, Permanently." The essence of her piece was a suggestion to engage in a quantitative easing (or "QE") policy for households and consumers. To date, the Federal Reserve, the US central bank, has pumped more than $3 trillion directly into banks, speculators and other investors via its three-plus QE programs since 2009. The result has been minimal economic stimulus and growth, as banks have either sat on the cash, invested it offshore, or loaned it to hedge funds and other speculators, who have pumped up the stock and junk bond markets to near-bubble levels. Brown argues for a populist form of QE for Main Street which would jump start the real economy. Her point is, of course, true. Central banks can pump all the supply of money they want into the economy, but if the demand to hold cash (hoarding) exceeds that supply injection, and if the velocity of money (how fast it circulates) slows dramatically (which it has), then the negative effects of both the demand for money and velocity of money more than negate the injection of money by the central bank. So, Brown argues, why not bypass the banks and investors hoarding or diverting the cash they're given by QE and the Fed to date and inject money into the economy directly?

Brown's argument is economically sound but politically difficult to realize. One reason is that monetary policy is perceived as so arcane that it is too easy for bankers and their media talking heads to oppose a given proposal and confuse the issue with the public. Another problem is that monetary solutions typically have long lag times before they have an effect, and the money doesn't always get to where it was intended to end up.

So, here's another approach that achieves the same results as the path Brown proposes and is more comprehensible to the layperson and, therefore, likely to gain broad public support and be more difficult for the banksters and their friends to oppose.

As this piece is being written, a fight over the same financial transaction tax is raging in the European Union. It is the best political and ideological, as well as economic, tool with which to oppose the nonsense of austerity deficit-cutting that has been ravaging the euro economies for four years now. The result of austerity, euro style, has been an inexorable march into chronic and deepening recession throughout the Eurozone. Not only are virtually all the "euro-periphery" economies - Greece, Spain, Portugal, et cetera -mired in a deep recession that has characteristics of a bona fide depression, but the core euro economies are now in recession as well. Germany in the fourth quarter has officially registered a -0.6 percent GDP decline, France a -0.3 percent GDP dip; the UK is in a triple-dip recession, and so forth. Collectively, the EU is an economic region about the size of the US economy, which itself recorded a -0.1 percent decline in the fourth quarter.

On the other side of the world, Japan just recorded its third consecutive quarter of negative GDP and is now also experiencing its third recession since 2008. Its policymakers have recently responded by setting off a global currency war that will further depress the global economy. China's GDP growth is officially around 7.5 percent, down from the 10-12 percent range. Actually, however, it is really around 5 percent, given the way China manipulates its official GDP figures. India, Brazil and other emerging economies are also slowing rapidly or in recession. In short, the world economy is clearly on a slow but inexorable downward trajectory at present that shows all the signs of continuing - as is the US economy. Much of this downward trend can be attributed to various forms of austerity programs.

Instead of counterposing a "monetarist" approach, as Brown has proposed, I would propose a people's "fiscal" approach in the form of a robust financial transactions tax. Better to tax the trillions of dollars wealthy investors and their corporations are hoarding and keeping on the sidelines and for the government to directly and immediately inject the tax revenue back into the economy, where it has the biggest bank for the buck. That's where the alternative idea of a financial transaction tax comes in.

A financial transaction tax today is a growing reality, with significant momentum underway for one right now in Europe. A report issued by the European Commission, the European Union's executive arm, this week summarized the financial tax proposed for the EU, noting that a mere 0.1 percent tax on stock and bond trades plus a miniscule 0.01 percent tax on derivative trades in just 11 countries in the EU would produce annually roughly $47 billion in tax revenue from just the 11 economies. Those 11 regions represent an economic region about two-thirds the size of the US economy. One might therefore assume the larger European Union economy including the UK - together about the size of the US economy in terms of GDP - might easily produce $75 billion a year from the extremely modest Euro Financial Transaction Tax.

The EU financial tax proposal is really miniscule at 0.1 percent for stocks and bond trades and 0.01 percent for derivative trades. It is also limited to stocks, bonds, and derivatives and leaves out other major financial transactions, such as foreign exchange currency trades. It is reasonable, therefore, to have a tax ten times that proposed in the EU. After all, a financial transactions tax is just a sales tax, and if consumers can pay 8-10 percent sales tax on purchases, so should stock traders and speculators. That equivalent "sales tax" would mean a still very modest 1 percent tax on stock and bond trades and a 0.1 percent tax on derivative trades. Those 1 percent and 0.1 percent financial taxes produce an annual financial tax revenue of $750 billion in the United States.

If the financial transactions tax were also extended to speculative trades in foreign exchange, the biggest speculative financial market on the globe in terms of dollar value (worth trillions of dollars annually), the combined result of this broad-based financial transactions tax - that is, 1 percent on stocks and bonds, 0.1 percent on derivatives, and 1 percent on forex trades - would easily yield $1 trillion a year in combined new tax revenue. That's $10 trillion over the coming decade - which retires the entire run-up of around $10 trillion in the US debt from 2001-2012 under Bush-Obama. In other words, one simple tax would resolve not only annual US budget deficit issues, but also the entire cumulative deficits since 2001 to date!

Tax the banksters is something the general populace can get also their heads around more easily than "QE for all." "Make the banksters pay" should be the thrust of recovery programs - not deficit reduction, a k a "austerity, American style," which is still the driving policy force in Washington DC. A financial transaction tax frightens banksters. That's why US banksters are becoming apoplectic about the growing public support for a financial transactions tax in Europe.

For example, the Wall Street Journal on February 14 declared in its lead article, "U.S. Slams EU's Tax-on-Trades Plan." It is not just the banksters who are seriously worried about a financial transactions tax; their good friends in the US Treasury have weighed in now in support of the banksters, slamming the Europeans' idea, declaring, "We do not support the proposed European financial transactions tax ... because it would harm US investors." That's a good sign of something real happening.

As the Wall Street Journal further noted, "The potential reach of proposed [financial] taxes, and the speed at which they could spread, has caught Wall Street off guard."

The banksters aren't presently afraid of proposals for QE for Main Street. They know that won't fly, or that their business talk show talking heads and political friends in government can easily deflate and divert the idea. But they are terrified of the idea of a financial transaction tax because support could catch popular fire and spread rapidly - as evident in the idea now taking hold in Europe.

So to summarize: Tax the banksters and speculators with 1 percent on all stocks and bond trades, 0.1 percent on all derivatives trades and 1 percent on all foreign exchange trades - and thereby raise $1 trillion in new revenue per year. Discontinue all the current nonsense about deficit cutting and even about raising other forms of new tax revenue. All that's needed is a real financial transactions tax. The banksters and speculators aren't spending the $13 trillion they've been given by the Federal Reserve since 2008 on jumpstarting the US economy, anyway. Monetary policies don't work for anyone but the banksters. So, let's tax the SOBs and all those speculators now pumping up the stock and junk bond markets, creating the new financial bubbles of tomorrow in stocks, junk bonds and derivatives, bubbles which will inevitably lead to another financial crash well before the end of this decade - a crash that will make 2007-2008 pale in comparison.