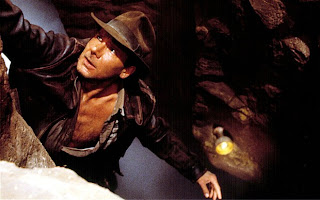 Step by step, protocols are rising that will allow real functionality to be restored for aging humanity. This one is promising because a youthful blood system will surely cleanse the whole biological system and plausibly allow healthy progress into the second century. It is not likely to get much past that mark, but somewhat healthy and energetic is something the wild achieves all the time.

We are entering a perfect storm of aging populations and rapidly emerging anti aging protocols to extend those lives and even to restore general functionality. The level of change is already astonishing and about to become more urgent as the public wakes up to possibilities and the desirability of an engaged older population.

Because I expected this decades ago due to my understanding of the nature of the knowledge growth curve, I never took mandatory retirement particularly seriously. Now we have seen that eliminated here at least. All things been equal it is now plausible for someone today aged sixty five to still be fully engaged into his nineties. More important though is that he will not be alone.

A "longevity gene" can help boost the production of blood cells by reversing the decline of stem cells in old age, a study suggests.


Blood-generating stem cells become slower in old age, increasing stress on the body, but infusing them with a gene linked to the ageing process can restore them to a more youthful state, researchers found.

The study, which was performed in mice, raises the possibility of new treatments for degenerative diseases which occur with age, such as Alzheimer's.

More research will be needed to determine whether the findings in mice also apply to humans, but scientists claimed they could lead to the development of a "molecular fountain of youth".

Scientists from the University of California, Berkeley found that SIRT3, a protein from a class known as sirtuins which has previously been linked to ageing, could actually help "reverse" the natural process.

They examined the functioning of blood stem cells, which help keep the blood system healthy, on mice which had lacked the gene responsible for producing SIRT3.

The study, published in the Cell Reports journal, showed that for young mice the absence of SIRT3 made no difference, but older mice without the gene had fewer blood stem cells and were less able to produce new blood cells.

This could be because older mice were more vulnerable to "oxidative stress", a harmful side effect of the metabolism, and needed their antioxidant system, which is boosted by SIRT3, to counteract it, researchers said.

When levels of SIRT3 were raised in older mice, their blood cells were rejuvenated and production of blood cells improved.

Dr Danica Chen, who led the study, said: "We already know that sirtuins regulate ageing, but our study is really the first one demonstrating that sirtuins can reverse ageing-associated degeneration, and I think that's very exciting.

"This opens the door to potential treatments for age-related degenerative diseases ... the question is whether we can understand the process well enough so that we can actually develop a molecular fountain of youth."