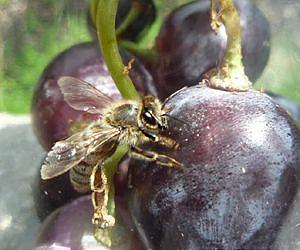 Here we are, a decade into the colony collapse disease syndrome in which these new pesticides are clearly indicated and are in fact the only new factor plausibly introduced and the lobby keeps grinding.

This is one of those situations were it is proper to halt usage and demand compelling evidence for renewal before the ban is lifted. Of course it is not fair. How about putting up a billion dollar plus bond to cover damages while it is all sorted out?

This is serious as are other plausible pesticide related environmental issues such as amphibian decline.

In the meantime we see agriculture preparing to transition fully back to a full organic regime although that will certainly take two generations. Long term we will be fine, but in the short term we are conducting egregious commercial biological experiments that are naturally risky.

I really do not think this sector can be regulated properly.

The EU urged national governments on Thursday to ban pesticides deemed dangerous to bees by scientific experts in a bid to prevent a disastrous collapse in colony numbers for an insect considered vital to the integrity of the human food chain.

Sources told AFP that major EU states Germany, Britain and Spain, amongst others, nonetheless indicated serious reservations about the plans.

A decisive meeting is set for February 25, Vincent added.

The elements in doubt -- clothianidin, imidacloprid and thiamethoxam -- are present in chemicals produced by pharmaceutical giants Bayer, Syngenta and Cruiser OSR.

The insecticides were said by the European Food Safety Authority (EFSA) earlier this month to pose "disturbing" risks, with bees and other pollinating insects hugely important for food production, especially of fruit.