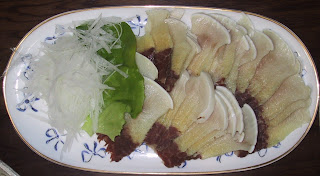 This informs us that the whaling industry is literally dying with a whimper leaving behind a band of stranded rent seekers in its wake.

At least ’s seal hunt has some semblance of good husbandry associated with it.  The whale population happens to be in the early days of a long term recovery cycle that is going to take a couple of centuries.  It is time to forget we know how to hunt them.

In fact is the whole global wild fishery is now well on the way to been totally abandoned.  The primary solutions are already in place and are been deployed as fast as possible.  There is ample reason that we now have full fish counters everywhere and no lack of sushi.

This means that the entire wild fishery will be in full recovery mode inside the next twenty years everywhere.

Report: Japanese Whaling 'Dead in the Water' Without Millions in Subsidies

The controversial Japanese whaling industry, which has met fierce criticism and often combative oversea confrontations, is "effectively dead in the water" without large government subsidies says a new report by animal watchdog group, the International Fund for Animal Welfare (Ifaw).

Breaking the story on the uneaten 'warehouses of whale meat,' the Guardian cites a new report, to be published Tuesday, which found that—despite a dramatic drop in whale meat consumption—the Japanese government continues to siphon millions from public tax dollars to keep the industry afloat.

Whale meat consumption has reportedly fallen to about 1% of its 1960s peak, with stockpiles of unsold whale meat topping 5 million kilograms.

According the report, despite this obvious glut, the Japanese government spent at least ¥30bn ($4.8bn) on whaling between 1987 and 2012, including last year's subsidies of ¥2.28bn ($366m) which were siphoned off from money budgeted for reconstruction from the 2011 tsunami.

"With growing wealth and modernization, the people of have lost their yen for whale meat," the report says. "Yet fisheries officials and other government figures continue to siphon off millions of taxpayer yen to prop up an industry that is effectively dead in the water."

An unnamed Japanese anti-whaling activist and volunteer with ocean conservationist group Sea Shepard says that, despite the significant drop in popularity, Japanese whaling continues primarily because of "greed and bureaucracy, and also because the Japanese, like any country, don't like being told what to do by other countries."[ Get over it already.  The cheapest way out is always to say you are wrong and leave.]

"The fisheries agency is using international opposition to whaling to build domestic support,"said Patrick Ramage, the director of Ifaw's global whale program. "But I don't think that argument is selling any better than all that whale meat now sitting in warehouses."

I have always abhorred the killing of whales and for the 45 years I've been aware of the mass killing of whales it has been a painful reminder that some things about human life will always disturb and anger others. I'd rather the Japanese eat each other than whales. Now that we know they will continue to kill and then store the meat in vast warehouses, unsold, uneaten, unwanted, it makes my disgust for whaling that much more upsetting. Fukushima radiation will do the rest.