No Leniency in China 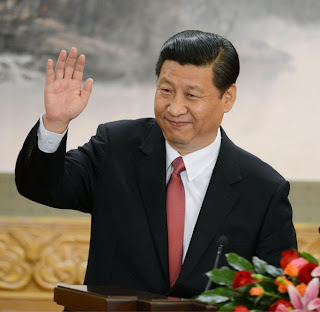 There is certainly no better time than just at the beginning of a ten year rule to shed the top layer of officialdom of whom ninety percent can be easily replaced by understudies. Not only does it cool off the greed aspect for quite a while, it restores institutional responsiveness to effective levels without entering into a lot of local fights. So this is good and sets the stage for actual action.

I can not imagine that the process will take long either as essentially everybody is guilty and will be begging for mercy and a quiet retirement. While this is going on, Bo will be publicly put on trial so everyone can measure their good fortune as they negotiate escape.

I wonder how many will simply try to brazen it out?

In the meantime plenty of great condos are for sale for quick cash at great prices as public servants rediscover public service.

China's president-in-waiting Xi Jinping intensified calls for a crackdown on corruption Tuesday, saying there would be "no leniency" for party officials whatever their rank, state media reported.

Xi, who is already Communist Party boss and due to become China's president in March, has repeatedly pledged to fight graft amid rising social discontent over government corruption and political scandals that have engulfed the party.

He carried that call Tuesday to a meeting of the Central Commission for Discipline Inspection, the party body tasked with disciplinary issues, the official Xinhua news agency reported.

"We must have the resolution to fight every corrupt phenomenon, punish every corrupt official and constantly eradicate the soil which breeds corruption, so as to earn people's trust with actual results," Xi said in a speech.

"No exception will be made when it comes to party disciplines and law," Xi said. "Cases will be investigated completely and no leniency will be meted out no matter who is involved."

China's new leadership has made a point of sending a clear signal that it is serious about reining in graft, which, if left unchecked, it sees as a threat to party rule.

Xi's speech was also attended by other members of the party's powerful seven-member Poliburo Standing Committee, which was named during a key party congress in November.

China's political transition was tarnished last year by the case of disgraced politician Bo Xilai, whose wife was convicted of murdering a British businessman.

Bo is awaiting trial for corruption and abuse of power after allegedly using police in Chongqing city where he ruled to remove political opponents and dissidents -- practices that are routine in China.

The scandal unveiled rampant graft and lawlessness at the pinnacle of Chinese political power.