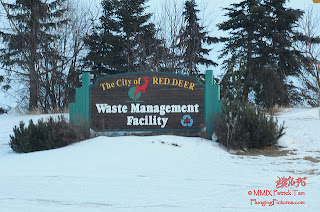 I do not have the material on the originator but they obviously have a deliverable. We also get no idea of the process energetics or catalyst efficiencies. However the simple achievement on its own is extremely promising. This result can be also produced by high pressure reforming, or close enough.

If it can be done well enough and cheap enough then this is certainly important. Partial reforming could isolate the non organics, hopefully eliminate organic acids in the tar and convert a serious portion into fuel that as stated can then be polished to commercial standards.

I then interviewed Don Allan and confirmed the following:

1 The process does not use pressure.
2 It is operated below the charring temperature.
3 The catalyst is readily available and cheap making its cost insignifica
4 Yield from an organic feedstock is 75% diesel, 20% tar and 5% water. This is excellent.

This is obviously perfect for all municipal waste streams in which black sewage sludge can be blended with shredded garbage and then processed. Non-organics can be easily separated a at 300 degrees as the tar will be like water.

I can not imagine the economics not working out for this technology simply because the municipal feedstock is already in deliverable form in most cities and municipalities. It is a sunk cost and besides, the cities are natural plant buyers or financial partners at least for a piece of the revenue.

A Red Deer company wants to turn local garbage into fuel – and it insists it’s got the technology to do so. Blue Horizon Bio-Diesel Inc. Conducted a demonstration in a Blindman Industrial Park shop on Wednesday, feeding a mix of municipal solid waste, sawdust, used motor oil and a special “catalyst” into a scaled-down plant, which churned out a small quantity of diesel fuel a short time later.

About 60 people watched the display, including Red Deer Mayor Morris Flewwelling and officials from at least three other municipalities. Also in attendance were representatives of the provincial and federal governments, investors and official from recycling companies, said Don Allan, president and CEO of Blue Horizon.


What you’re looking at is revolutionary,” he told his audience.

“We believe garbage is the wave of the future for us. We believe it’s a multi-trillion dollar business.”
Allan said later that Blue Horizon hopes to begin work on a commercial scale plant immediately. It would produce about 700 litres of diesel fuel an hour; as compared with the approximately 50 litres per hour that the demonstration plant generates.

“If everything goes well, we’ll be in operation by late August,” he said, adding that there’s some uncertainty about the timelines required to obtain regulatory approvals.

Allan said Blue Horizon would like to locate the plant at Red Deer’s waste management facility, and ultimately connect it to five other similar-sized facilities.

“Our goal is to have 35-million litres a year being produced right her in Red Deer.”

He acknowledged that his company has had only preliminary discussions with the city, but he’s optimistic talks will pick up now that the technology is on display.

The demonstration plant was developed by a German company about six years ago, said Allan. It was at the Alcoa Inc. research site in Nevada when Blue Horizon purchased the equipment. Blue Horizon has also obtained the exclusive right of first refusal for other countries, he said.

Allan listed Mexico, the United Kingdom, Cuba, Brazil and Argentina as among the countries Blue Horizon is talking to.

“Everybody has trash problems,” he said, “They’re looking for a solution, and we have a solution.”
The demonstration plant produces bunker diesel, said Allan, which is suitable off-highway applications like powering mining equipment and as an additive to bitumen to allow it to flow in a pipeline. Modifications to Blue Horizon’s commercial plants – including the addition of a desulphurization unit and a hydrotreater – will improve the fuel considerably, he said.

“We want to make the highest quality diesel in North America.”

Allan added that Blue Horizon’s diesel could be marketed to fuel blenders to satisfy Alberta’s renewable fuel standard, which requires that diesel fuel sold in the province contains at least two per cent renewable fuel.

“Right now they can’t get it, so they have to bring it in from the States.”

Suitable input for the production process includes plastics, paper, cardboard, sawdust and woodchips, tires and waste oil from vehicles or even well sites.

“In a perfect world, we want to use 75 per cent renewables and 25 per cent used oil,” said Allan, pointing out that the ratio on Wednesday was 50-50. The mixture was mixed with catalyst and heated to 300 and 330C.

“The intent is to take the molecules and break them down into a long strand,” said Allan. “Then we’re able to pull the hydrocarbons out of that molecule strand.”

Byproducts of the process are carbon dioxide, water and a tarry material that could be used in the production of asphalt, said Allan.

A catalytic converter incinerates most of the harmful emissions, he added.

“it’s the greenest refinery ever built in the world.”

Central Alberta has flirted with the waste-to-energy technology in the past.