It has been thought in the mine exploration business for years that there must exist a biological pathway active in moving water that is able to mobilize gold and also coagulate it to form larger gold complexes. The gold nuggets were forming in environments that just had never gotten hot enough to satisfy the known volcanic process.

It may turn out the gold is primarily bio available rather than in any other manner. Much gold deposition I have inspected could be better so explained.

At least we now have the sought for medium identified and it is easy to take it forward. And yes it is good sense to inoculate neutralized mine tailings to collect the residual gold which is never trivial. 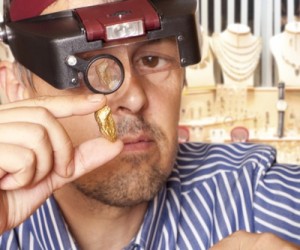 Scientists discover bacteria that can make gold out of mine waste


A group of scientists has identified a bacterium that turns toxic water-soluble gold into microscopic nuggets of the solid precious metal, reveals the paper published Monday in Nature Chemical Biology.

The finding solves a mystery that for decades has intrigued biochemists, which is why the Delftia acidovorans germ is frequently found on the surface of tiny gold nuggets.

Nathan Magarvey of McMaster University in Hamilton, Canada, and his team grew a colony of this microorganism, and conducted tests to determine how it produces the molecular-sized gold nuggets outside its cell wall. The group concluded the answer lies in a molecule excreted by the microbe that both shields the organism and transforms the poisonous ions into particles.

In other words, it protects itself by turning its environment to gold.

“This finding is the first demonstration that a secreted metabolite can protect against toxic gold and cause gold biomineralization,” the process by which living organisms produce minerals, they wrote in the journal.

Frank Reith, a microbiologist at the University of Adelaide in Australia, whose work on gold-processing bacteria was a touchstone for Magarvey's team, told Nature, the finding opens up the possibility of using a bacterium or metabolite to seed waste-drop piles, leave them standing for years, and see if bigger gold particles form.