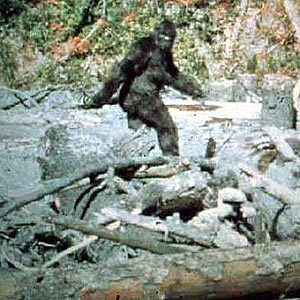 We have one hundred DNA samples that have been I assume properly analyzed by a lab in the business and a number of check tests done with other laboratories. We have results that support two conjectures.

The results are that the DNA has a recent human component in conjunction with an ancient unknown hominid lineage. We certainly can tell that much and there are enough samples to draw likely conclusions.

1 The human component may well represent contamination although that gets less likely as we increase our sample size. I am sure most samples arrived in a zip lock bag and most of the samplers were very careful but not trained.

2 It is a legitimate hybrid unique to the Americas and plausibly of an Asian wild man. Regardless, the DNA itself is shaking out as an unknown hominid of some sort.

The paper is now available for open review and outright replication. That means children that it is time for our ignorant naysayers to either shut up or to pony up money and replicate these results with superior methodology.

We are on the verge of actually confirming and even interacting with this creature for the sake of a decent trackers budget other well established methods now available.


Bigfoot DNA Discovered? Not So Fast

In November of last year, a Texas veterinarian made national news claiming that genetic testing confirmed that not only is the legendary Bigfoot real, but is in fact a human relative that arose some 15,000 years ago.

The study, by Melba S. Ketchum, suggested such cryptids had sex with modern human females that resulted in hairy hominin hybrids: "Our data indicate that the North American Sasquatch is a hybrid species, the result of males of an unknown hominin species crossing with female Homo sapiens," Ketchum said in a statement. The scientific community was rightly skeptical, partly because Ketchum's research — which spanned five years — had not appeared in any peer-reviewed scientific journal.

Now the study has finally been published, kind of, and it raises more questions than answers. The piece, written by a team of researchers led by Ketchum, is titled "Novel North American Hominins: Next Generation Sequencing of Three Whole Genomes and Associated Studies" and published in the "DeNovo Scientific Journal."

The study, which used 1,100 samples of alleged Bigfoot hair, blood, mucus, toenail, bark scrapings, saliva and skin with hair and subcutaneous tissues attached, were collected by dozens of people from 34 sites around North America. Hairs were compared to reference samples from common animals including human, dog, cow, horse, deer, elk, moose, fox, bear, coyote, and wolf, and were said not to match any of them. [Rumor or Reality: The Creatures of Cryptozoology]

The report concluded, "we have extracted, analyzed and sequenced DNA from over one hundred separate samples... obtained from scores of collection sites throughout North America. Hair morphology was not consistent with human or any known wildlife hairs. DNA analysis showed two distinctly different types of results; the mitochondrial DNAcm was unambiguously human, while the nuclear DNA was shown to harbor novel structure and sequence... the data conclusively proves that the Sasquatch exist as an extant hominin and are a direct maternal descendent of modern humans."

So what can we make of this? The most likely interpretation is that the samples were contaminated. Whatever the sample originally was — Bigfoot, bear, human or something else — it's possible that the people who collected and handled the specimens (mostly Bigfoot buffs with little or no forensic evidence-gathering training) accidentally introduced their DNA into the sample, which can easily occur with something as innocent as a spit, sneeze or cough.

Though the study claims that "throughout this project exhaustive precautions were taken to minimize or eliminate contamination" in the laboratory, the likelihood that the samples were contaminated in the field by careless collection methods, normal environmental degradation, and other factors was not addressed. In some cases the person(s) submitting the alleged Bigfoot sample also contributed a sample of their own DNA to help rule out contamination, but the possibility of DNA contamination by others (such as hunters or hikers) could not be ruled out.

How did the team definitively determine that the samples were from Bigfoot? Well, they didn't; the report details where Bigfoot samples were retrieved: "hair found on tree" and "hair found on wire fence" are typical. In other words, the people collecting the samples didn't see what animal left it there, possibly weeks or months earlier—but if it seemed suspicious it might be Bigfoot. [Beasts & Monsters:

Ketchum's study had been rejected by other scientific journals. So what about the journal that finally published the study, "DeNovo Scientific Journal"? The journal has no other studies, articles, papers or reviews. Ketchum's is the only paper the journal has "published." No libraries or universities subscribe to it, and the journal and its website apparently did not exist three weeks ago. There's no indication that the study was peer-reviewed by other knowledgeable scientists to assure quality. It is not an existing, known, or respected journal in any sense of the word.

This raises some red flags: If the results of the Ketchum et al. study are so valid and airtight, why didn't they appear in a respected, peer-reviewed scientific journal? Surely any reputable journal would fight Bigfoot tooth and Sasquatch nail to be the first to publish groundbreaking valid evidence of the existence of an unknown bipedal animal.

In fact, researchers from Oxford University and the Lausanne Museum of Zoology announced last year that they would test any supposed Sasquatch samples that believers volunteered to send.

"I'm challenging and inviting the cryptozoologists to come up with the evidence instead of complaining that science is rejecting what they have to say," geneticist Bryan Sykes of the University of Oxford told LiveScience in May 2012.

In an interview on the MonsterTalk podcast, Dr. Todd Disotell of the New York University Molecular Anthropology Laboratory dismissed the idea that Bigfoot could be a primate that arose as recently as Ketchum's DNA results claim: "If it's a primate that is so similar to us, that's only separated from us about 15,000 years ago, that's us," he said. "Even with people of European extraction, we've got 50,000 years of common ancestry since we left Africa." In other words, there is far more than 15,000 years of genetic diversity among ordinary humans, so the idea that something that split from our lineage would be as different from us as Bigfoot is absurd.

It seems that the Ketchum Bigfoot DNA study, which was supposed to rock the world with its iron-clad scientific evidence of Bigfoot, is a bust, and tells us more about junk science than about the mysterious monster. Scientists will not be impressed, but Bigfoot believers might be; the report is available to the public for $30 from Ketchum's web site.

Benjamin Radford is deputy editor of "Skeptical Inquirer" science magazine and author of six books including Tracking the Chupacabra: The Vampire Beast in Fact, Fiction, and Folklore.  His Web site is www.BenjaminRadford.com.

Copyright 2013 LiveScience, a TechMediaNetwork company. All rights reserved. This material may not be published, broadcast, rewritten or redistributed.
Posted by arclein at 12:00 AM

Regardless of possible contamination from human DNA by careless collectors, there's still that DNA from an "unknown hominid" to consider. Let's set the human DNA aside for awhile and concentrate on that unknown hominid. What is it related to, and just what the h*ll is it?