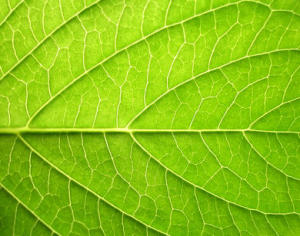 The take home here is that natural photosynthesis is only around one percent efficient, thus leaving ample room for improvement.  Nature has had no need to do any better and perhaps we need to encourage nature to conduct a research program to solve this problem if it has not somewhere else and some other time.  These tentative approaches all look just that, while a robust selection pressure experiment could plausibly be designed to solve the problem.  I think we should try.

At the same time, the advent of the Rossi Focardi Reactor is going to put all such work on life support and this is perhaps just as well.  These are good research questions, but their been particularly useful in terms of the economic model been touted is slim at best.  Algae ponds or tubes sound good, but we have far better options that turn out to be far more practical.

Otherwise it is all good science and is providing us new knowledge that may well surprise us.

ScienceDaily (Feb. 17, 2012) — Improving natural photosynthesis to make new fuels and boost crop production is the focus of Biotechnology and Biological Sciences Research Council (BBSRC) funded research presented at the American Association for the Advancement of Science (AAAS) Annual Meeting February 17. It could see us one step closer to bottling the sun's energy or turbocharging plants to produce bumper crops.

Photosynthesis allows biological systems to take energy from the sun and use it to produce food and fuel. It is one of the most important biological processes on earth but it's not as efficient as it could be. Natural trade-offs results in less than 1% efficiency in many important crops and so there is significant scope for improvement.

Scientists from the and US are working to engineer or enhance photosynthesis to benefit food and fuel production.

Professor Douglas Kell, Chief Executive of BBRSC, explains why funding this research is vital: "We are facing global challenges in food and energy security that must be addressed. Improving photosynthesis within plants, or externally using synthetic biology, would bring huge benefits."

Professor Richard Cogdell from the is taking a synthetic biology approach in a bid to create an artificial 'leaf' capable of converting the sun's energy to liquid fuel.

Professor Cogdell explains: "The sun gives its energy away for free but making use of it is tricky. We can use solar panels to make electricity but it's intermittent and difficult to store. What we are trying to do is take the energy from the sun and trap it so that it can be used when it is needed most."

The researchers hope to use a chemical reaction similar to photosynthesis but in an artificial system. Plants take solar energy, concentrate it and use it to split apart water into hydrogen and oxygen. The oxygen is released and the hydrogen is locked into a fuel.

The latest research aims to use synthetic biology to replicate the process.

Professor Cogdell added: "We are working to devise an analogous robust chemical system that could replicate photosynthesis artificially on a grand scale. This artificial leaf would create solar collectors that produce a fuel, as opposed to electricity."

The artificial system could also improve on natural photosynthesis to make better use of the sun's energy. By stripping back photosynthesis to a level of basic reactions, much higher levels of energy conversion could be possible.

Ultimately, success in this research could allow the development of a sustainable carbon neutral economy arresting the increasing carbon dioxide levels in the atmosphere from fossil fuel burning.

Professor Howard Griffiths, , is also hoping to enhance the potential of photosynthesis by focusing on an enzyme called RuBisCO (Ribulose-1,5-bisphosphate carboxylase oxygenase). It's a key enzyme in photosynthesis that allows plants to use atmospheric carbon dioxide to create energy-rich molecules, such as simple sugars.

Professor Griffiths explains: "We want to improve the operating efficiency of RuBisCO in crops and we believe algae may one day provide the answer. Their turbocharger is contained within a structure called the algal pyrenoid which could be utilised in a crop's photosynthetic structures. By combining algal and plant photosynthesis to improve photosynthetic efficiency we would see an increase in agricultural productivity for the production of food and renewable energy."

Professor Anne Jones from is looking at other ways to ensure the sun's energy is not wasted.

Cyanobacteria (bacteria that get their energy from photosynthesis) can absorb much more solar energy than they can utilize. Professor Jones's research seeks to develop a mechanism to take advantage of this excess, wasted energy by transferring it to a fuel-producing cell.

Professor Jones said: "We want to couple the photosynthetic apparatus in one bacterial species to the fuel-producing metabolism of a second species. We could then funnel excess energy directly into fuel production. It would see two biological systems working together to make fuel from the sun's energy."

A simple analogy is a power station that isn't connected to the distribution grid. Unconnected, the excess energy goes to waste. The researchers hope to create a connection that will transfer this energy to make fuel. This connection could be provided by hair-like electrically conductive filaments called pili.

Professor Jones explains: "Certain bacteria naturally grow conductive filaments called pili. These pili could be exploited to transfer energy between the cells we want to use."