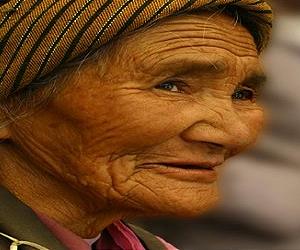 The good news is that we have the capacity to preserve a voice record and dictionary of any language ever used and still available today however briefly.  That is good and it will always be of great interest to those descended from those groups and language scholars generally.

Yet the global reality is that we are evolving into one key spoken language however we chose to fight it.  Every other language group is finding a lack of English language skills a clear hindrance in properly connecting outside their own language group.  This places incessant pressure on such groups to strengthen English training as well as actively supporting their own cultural imperatives.

Thus we are progressing to a primary language protocol in the universal language of English and an educational language which may well be one’s native language as the secondary language.  The real pressure for this is coming from the capacity of English to be the first coiner of new words as needed in an expanding knowledge base.  That in combination with the wonderful alphabet we have and the force is irresistible.

Presently, the majority of Europeans and plausibly the majority of even Chinese and Indians can generally use English well enough to obtain meaning out of a text.  Not great, but that is important.  I can glom meaning from a French text with a dictionary on hand and perhaps somewhat with German.  It is not great, and I certainly do not pretend to think that I could speak either, but the material is not necessarily out of ready reach if I desire to read it.  I think most folks are in the same place with school taught second languages.

My point though is that the incentive has never been greater to master English globally and that incentive increases every day.  Thus English through various accidents of history will become a universal language and all other languages will sooner or later simply become semi dormant with little growth in words except as loan words out of English.

Digital technologies are the new life-savers for languages on the verge of extinction, linguists said Friday as they announced eight newdictionaries at a major science conference in .

"We're turning the digital divide into a digital opportunity," said David Harrison, a National Geographic Fellow at near .

More than half of some 7,000 languages alive today were considered on the verge of extinction within a century, "threatened by cultural changes, ethnic shame, government repression and other factors," the scientists said in a paper.

But use of technologies, even by peoples without writtenlanguages, "is a heartening trend," said . "Language extinction is not an inevitability."

"Using social media, Youtube, text messaging, to expand their voice, expand their presence (is) the flip side of globalization," said .

"You can have a language spoken by only 50 or 500 people, only in one location, and now through digital technology that language can achieve a global voice."

Linguist Margaret Noori said languages are a gateway to so-called traditional knowledge. For example, an Ojibwe term for wetlands, translated as "'where the land bleeds,' shows a different way of understanding the science of a place," she told reporters.

Noori said that in North America's Great Lakes region, apps for iPhones, a Facebook page, online lessons and a web site with dictionaries and songs are keeping alive the aboriginal Anishinaabemowin language.

Before laws changed in the and , the language was almost eradicated by official government policies, including placing aboriginal children in church or state-run residential schools.

Noori, a professor at University of Michigan, Ann Arbor, whose activist aboriginal parents raised her to speak her ancestral language, said the written goal of residential schools was to "kill the Indian to save the man."

She recalled being a child watching police raids of traditional drum circles and religious celebrations during 's turbulent civil rights movements of the 1960s and 1970s, when police cracked down on the political American Indian movement.

Now schools and area universities are using digital technology to promote Anishinaabemowin, with a web site, http://www.umich.edu/~ojibwe/ that includes traditional poems put to music, the informal anthem of the American Indian movement, and a translation into the language of a candy ad shown during the US Superbowl football game and translated lyrics by pop stars.

She said she sees the change in her own household.

"I told my daughter 'you can't have an iPhone unless you text me in the App,'" Noori quipped.

Harrison released eight new "talking" dictionaries of languages at the American Association for the Advancement of Science meeting in .

The dictionaries include Matukar Panau, an Oceanic language spoken by just 600 people in Papua New Guinea; Chamacoco, spoken by some 1,200 people in northern Paraguay; the Indian languages Remo, Sora and Ho; and Tuvan, used by nomads in Siberia and Mongolia; and a Celtic-tongue dictionary.

The talking dictionaries are produced by National Geographic's Enduring Voices project and the Living Tongues Institute for Endangered Languages.
Posted by arclein at 12:01 AM