The AGs Must Not Settle 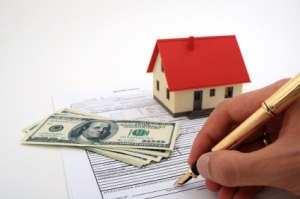 In the end, the banks found that they could claim legal title while funding in the short term money.  It really worked on their good faith that the title truly belonged to them and was assignable as claimed.  The only problem of course was that the process of securing title was never meant to operate at the rate the banks needed to work the system and it did not.

When the music stopped the bag holders were to discover they owned title all right provided that they can put together the legal paper trail such title system demands.  And just how do you go back to homeowners to ask them long after the fact to approve a string of transactions he had no say in creating.

The solution, of course, is to operate a document mill producing papers trails to allow foreclosures to proceed.  It is out right fraud to cover a previous covert series of transactions that endangered the home holder whose permission was required but never acquired.

Suddenly the whole underpinning of the modern credit system is been debased.

Signing off on a settlement now is nonsense.  The real costs are easily approaching a trillion dollars and the perps are attempting to wiggle out from under.

Why the AGs Must Not Settle: Robo-signing Is Just the Tip of the Iceberg

A foreclosure settlement between five major banks guilty of “robo-signing” and the attorneys general of the 50 states is pending for Monday, February 6th; but it is still not clear if all the AGs will sign. California was to get over half of the $25 billion in settlement money, and California AG Kamala Harris has withstood pressure to settle.

That is good. She and the other AGs should not sign until a thorough investigation has been conducted. The evidence to date suggests that “robo-signing” was not a mere technical default or sloppy business practice but was part and parcel of a much larger fraud, the fraud that brought down the whole economy in 2008.  It is not just distressed homeowners but the entire economy that has paid the price, resulting in massive unemployment and a shrunken tax base, throwing state and local governments into insolvency and forcing austerity measures and cutbacks in government services across the nation.

Why All the Robo-signing?

Over half the homes in the country are now held in the name of an electronic database called MERS—Mortgage Electronic Registration Services. MERS is a smokescreen concealing the fact that these mortgages were sold to trusts that sold them to investors.  The mortgages were chopped into pieces and sold as “mortgage-backed securities” (MBS), which traded in a supposedly liquid market.  That meant the investors could sell them in the money market at any time on a day’s notice.  Yale economist Gary Gorton gives this example:

Suppose the institutional investor is Fidelity, and Fidelity has $500 million in cash that will be used to buy securities, but not right now. Right now Fidelity wants a safe place to earn interest, but such that the money is available in case the opportunity for buying securities arises. Fidelity goes to Bear Stearns and “deposits” the $500 million overnight for interest. What makes this deposit safe? The safety comes from the collateral that Bear Stearns provides. Bear Stearns holds some asset‐backed securities [with] a market value of $500 millions. These bonds are provided to Fidelity as collateral. Fidelity takes physical possession of these bonds. Since the transaction is overnight, Fidelity can get its money back the next morning, or it can agree to “roll” the trade. Fidelity earns, say, 3 percent.

That is where the robo-signing came in.  Foreclosure defense attorneys armed with the tools of discovery have discovered that robo-signing -- involving falsified signatures assigning mortgages back to the trusts allegedly owning them -- occurred not just occasionally or randomly but in virtually every case.  Why?  Because the mortgages had to be left free to be bought and sold on a daily basis in the money market by investors.  The investors are not interested in making 30 year loans.  They want something short-term with immediate rights of withdrawal like a deposit account.

The Hazards of Borrowing Short to Lend Long

The problem is that when panicked investors all exercise that right at once, there is no cheap funding available to back the 30 year mortgage loans, rendering the banks insolvent.  And that is what happened on September 15, 2008, when Lehman Brothers, a major investment bank like Bear Stearns, went bankrupt.

According to Representative Paul Kanjorski, speaking on C-SPAN in January 2009, the collapse of Lehman Brothers precipitated a $550 billion run on the money market funds.  A report by the Joint Economic Committee pointed to the fact that the $62 billion Reserve Primary Fund had “broken the buck” (fallen below a stable $1 per share) due to its Lehman investments.  The massive bank run that followed was the dire news that Treasury Secretary Henry Paulson presented to Congress behind closed doors, prompting Congressional approval of Paulson’s $700 billion bank bailout despite deep misgivings.

The sleight of hand that brought the banking system down was that the mortgages backing the money market were supposedly held by trusts that had lent money to homeowners for 15 years or 30 years.  It was the classic “borrowing short to lend long,” a form of shell game in which banks have engaged for hundreds of years, routinely precipitating bank panics and bank runs when the depositors or the investors all pull their short-term money out at the same time.

Periodic bank panics were averted in the conventional banking system only when the government agreed to insure the deposits of individual depositors in 1933.  But FDIC insurance covered only $100,000 (now $250,000), and large institutional investors had far more than that to invest.  The shadow banking system, in which deposits were “insured” with mortgage-backed securities, developed in response.  But the shadow banking system is unregulated and is just as prone to another collapse today as it was in 2008.  The Dodd-Frank banking “reforms” barely touched it.  As noted in an article titled “Risky Debt Use on Repo Market Hits 2008 Levels” in Friday’s Financial Times:

In the repo market, banks pledge their securities as collateral for short-term loans from money managers and other investors.  The market played a key role in the build-up to the 2008 financial crisis. Banks used toxic assets, such as repackaged subprime loans, to secure trillions of dollars worth of cheap funding.

When the housing bubble burst, the banks’ trading partners refused to accept such securities as collateral and the repo market rapidly contracted.

However, a study by Fitch Ratings says the proportion of bundled debt being used as security in repo transactions has returned to pre-crisis levels.

Using the repackaged loans can increase risk in the repo market, the rating agency says. This is because the securities may be prone to sudden pullbacks such as the one experienced in 2008.

We could be looking at another banking collapse at any time; and to fix the problem, we first need to know what is going on.  The AGs should not agree to drop the curtain on the robo-signing scandal until all the evidence is on the table.  It is not just a matter of punishing the guilty; it is a matter of a banking scheme based on fraud, one that ultimately does not work and has jeopardized the homes, savings and investments of the public not just recently but for hundreds of years.

There is another way to design a banking system.  The deposits of large institutional investors do not need to be backed by sliced and diced pieces of our homes to be “safe” (something that has proven not to be safe at all).  The large institutional investors seeking safety are largely “us” – the pension funds and mutual funds in which we have stored our savings and on which we rely for support when we can no longer work.  Hundreds of years of history have demonstrated that the only reliable guarantor is the government itself.

Our pension funds and mutual funds need a government guarantee just as much as our individual deposits do. But we don’t want to be guaranteeing the gambling and derivatives schemes of too-big-to-fail, for-profit Wall Street banks playing fast and loose with our money. Banking and credit need to be public utilities, operated for the benefit of the public in plain sight of the public.

Ellen Brown developed her research skills as an attorney practicing civil litigation in . In Web of Debt, her latest of eleven books, she turns those skills to an analysis of the Federal Reserve and “the money trust.” She shows how this private cartel has usurped the power to create money from the people themselves, and how we the people can get it back. She is president of the Public Banking Institute, http://PublicBankingInstitute.org,
and has websites at http://WebofDebt.com and http://EllenBrown.com.