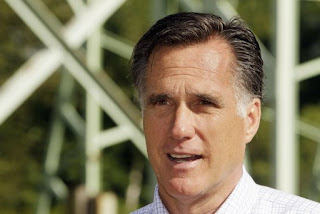 The harsh reality of Jihadism is that we have not understood that they have been empowered by modern technology to become a global jihad operating in a cellular fashion.  The fight must be sustained and be unrelenting.  It is not going to go away because its recent eruption is put down.  This is a game of whack a mole.

The ultimate solution is to give Islam the Nazi treatment and first declare that it is not a religion as it stands.  The argument is easily made as the Koran itself is deliberately contradictory.  This may force the leaders to reformulate the teachings into a safer format.  After all, thirteen centuries with the same outcome should inform even them that a review is in order.

Considering what Christianity has subjected itself to this is hardly a serious issue.

If Islam is to survive at all, then it must reform itself to meet the forms of modernism.  How this can be done from the outside escapes me as it also proved impossible with Nazism.  We have to confront Islam and demand full reformation including the full rights of women.

At least Romney seems to have mature approach to the problem and perhaps we can be spared any more mission accomplished speeches.

Romney's is a strategically advanced vision for addressing Islamist terrorism and Iranian threats.

As the U.S. electoral process grinds on and the Republican primary debates fold into state primaries and caucuses, the candidates’ views on national security and foreign policy are being carefully scrutinized by voters who consider them to be crucial components of the total policy package a candidate will carry into the Oval Office. Citizens’ attention is understandably riveted to candidates’ proposals for solving our national economic crisis.
And, while there is little doubt that the condition of our economy will weigh heavily in the final outcome of the 2012 election, U.S. national security will undoubtedly play a huge role in the evolution of our national economy for the foreseeable future. After 9/11, and throughout the first post-9/11 decade, we have known that a meltdown in the would destabilize economic partnerships and jeopardize the flow of oil and energy to the West. We’ve also known that an increase of jihadi radicalism in the region will boost the chances of war and human rights abuses and lead to more terrorist attacks against the homeland. The security of the and other democratic societies will be at risk if the is abandoned to radicals and radical regimes.
The foreign policy and national security strategy of only one of the four remaining Republican candidates is adequate against this tenuous scenario. Ron Paul’s agenda for the Middle East will guarantee a nuclear Iran, turn North Africa over to the Islamists, and ignore the next wave of jihadists who have trained their sites on the U.S. homeland. Congressman Paul may be a staunch advocate for citizens’ constitutional rights, but in my modest view, his vision for U.S. foreign policy may force Americans into a national security predicament as bad as or worse as that of a second Obama administration.

I respect and admire all three leading candidates and their positions on the Middle East and national security. In the interest of full disclosure, I must admit that I have worked with all three at different times and find their strategic understanding of the threat to be as grave as my own, though differently expressed. Speaker Gingrich, Senator Santorum and Governor Romney have long warned about the Iranian threat in both in the surrounding region and globally. Their characterization of the jihadi threat as existential hits the bull’s-eye. From my own field of research and publishing, I have not authored or opined on domestic social and economic issues, so I praise all three candidates, Gingrich, Santorum and Romney, for seeing and warning about the threat.

As Senior Advisor to Governor Mitt Romney on matters of national security and foreign policy, and one of three co-chairs on the Middle East and North Africa, I would like to share with readers why I believe Governor Romney’s platform on the region is more advanced than the other candidates’ platforms and the best alternative to the Obama administration’s agenda on the Middle East. Governor Romney’s edge over the other candidates is his perception of the threat and understanding of the enemy’s tactics. His strategy for victory is precise and reasoned. For more than two decades, I have focused intensely on the strategies of ’s enemies, not just their ideology. The most-read book of the three I have written on jihadism and published after 9/11 is Future Jihad: Terrorist Strategies against .

The book enabled lawmakers on both sides of the Atlantic and many in the defense and national security communities to understand the fundamentals of the conflict. The is confronting an ideologically-driven force with a global strategy. The latter area is where I see Governor Romney’s strategic edge. Knowledge of where the threat is coming from is crucial. Understanding its ideological roots is a must. But understanding our enemies’ strategy and devising an appropriate counter-strategy that is part of a broader U.S. strategy which advances freedom and democracy, saves the national economy, and stabilizes the world economy is, in my view, what make the governor’s agenda cutting-edge.


The Romney strategy acknowledges and praises U.S. successes in taking down the al Qaeda terrorist commanders Osama bin Laden, Anwar al-Awlaki and Abu Musab al-Zarqawi, as well as the capturing other senior leaders and hundreds of al Qaeda terrorists over the past ten years. But ’s strategy must go beyond beheading al Qaeda, which subscribes to an ideology that can grow new heads faster than the can take them out. Mitt Romney’s al Qaeda strategy considers where the organization will be in five years, not just where it was five years ago.


On all battlefields where the jihadists operate, the Romney strategy will be based on day-to-day achievements on the ground, and a solid understanding of the enemy’s next targets. We will anticipate and intercept their mutations before they begin, not after. In , despite al-Awlaki’s elimination, al Qaeda is seizing villages. Al-Shabab is wreaking havoc in ; in oil-producing , Boko Haram is expanding; in , Salafi jihadists have returned to detonate car bombs; in , al Qaeda flags are flying in . The real fight against al Qaeda is in front of us, not behind. A super-global strategy must be applied, not the current retreat-and-declare-success strategy.


On , the current administration claims to have assembled all tools needed to keep the growing threat in check, but continues to try and reason with the regime. All three Republican candidates know that the Iranian regime must be considered as a threat to regional, , and international security interests. All three want the regime to end as an ultimate solution to the menace. Mitt Romney is interested in how, with whom, and when this can be accomplished. In his definitive Wall Street Journal article, the governor underlined two pillars of his strategy. One certifies the regime is driving the Iranian nuclear threat. He wants the Iranian regime to disappear like Qaddafi’s. In addition to efforts to contain the Iranian military and terror networks, the governor sees the Iranian people, the Green Revolution, the regime’s primary opposition, as the real partner in removing the regime.

On these grounds the Romney agenda for the Middle East provides a strategically advanced vision—countering radical jihadi ideology, partnering with the Iranian people against the Iranian regime, and equipping the with a defensive vision that intercepts the threat rather than reacts to it.

Walid Phares writes for History News Network, from where this article is adapted.

Yep, sounds like more funny business to be put on my blog : http://jokes4libertarians.blogspot.com/
....for good grin, long time !