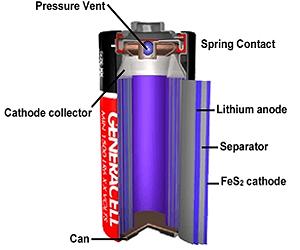 These chaps have figured out how to do an MRI inside a battery in order to map the internal changes.  This is obviously an excellent tool that will produce far more efficient batteries.

Huge resources and effort has been expended in battery technology improvement and we have made serious progress.  Yet serious objectives such as a three hundred mile battery for the car industry, a rapid recharge for said battery, and industrial grade energy storage that is economic remains just out of reach although I remain convinced that it will be upon rather soon.  You get the drift.

Perhaps this step will allow us to optimize the interior geometry of a battery to give us another lift up the ladder.  Perhaps we may even see the finish line of this marathon.

Researchers develop method to examine batteries - from the inside

There is an ever-increasing need for advanced batteries for portable electronics, such as phones, cameras, and music players, but also to power electric vehicles and to facilitate the distribution and storage of energy derived from renewable energy sources. But, once a battery fails, there are no corrective measures-how do you look inside a battery without destroying it?

Now, researchers at , , and have developed methodology, based on magnetic resonance imaging (MRI), to do just that. Their technique, which is described in the journal Nature Materials, also creates the possibility of improving battery performance and safety by serving as a diagnostic of its internal workings.

MRI has been extremely successful in the medical field for visualizing disorders and assessing the body's response to therapy. However, MRI is not typically used in the presence of a lot of metal, a primary component in many batteries. This is because conducting surfaces effectively block the radio frequency fields that are used in MRI to see beneath surfaces or inside the human body.

The researchers, however, turned this limitation into a virtue. Because radio frequency fields do not penetrate metals, one can actually perform very sensitive measurements on the surfaces of the conductors.

In the case of the popular lithium-ion batteries, for example, the team was able to directly visualize the build-up of lithium metal deposits on the electrodes after charging the battery. Such deposits can also detach from the surface, eventually leading to overheating, battery failure, and - in some cases - to fire or explosion.

Visualizing small changes on the surface of the batteries' electrodes allows, in principle, for the testing of many different battery designs and materials under normal operating conditions.

The work is the result of a collaboration between Clare Grey, associate director of the Northeastern Center for Chemical Energy Storage and a professor at Cambridge and Stony Brook universities, and Alexej Jerschow, a professor in the Department of Chemistry at New York University who heads a multi-disciplinary MRI research laboratory.

"New electrode and electrolyte materials are constantly being developed, and this non-invasive MRI technology could provide insights into the microscopic processes inside batteries, which hold the key to eventually making batteries lighter, safer, and more versatile," said Jerschow. "Both electrolyte and electrode surfaces can be visualized with this technique, thus providing a comprehensive picture of the batteries' performance-limiting processes."

"MRI is exciting because we are able to identify where the chemical species inside the battery are located without having to take the battery apart, a procedure which to some degree defeats the purpose," added Grey.

"The work clearly shows how we can use the method to identify where lithium deposits form on metal electrodes. The resolution is not yet where we want it to be and we would like to extend the method to much larger batteries, but the information that we were able to get from these measurements is unprecedented."

"We still have some way to go to make the images better resolved and make imaging time shorter," Chandrashekar noted, "However, we feel that with this work, we have made the field wide open for interesting applications." The research team also envisions that the method could lead to the study of irregularities and cracks on conducting surfaces in the materials sciences field. In addition, they add, the methods developed here could be highly valuable in the quest for enhanced battery performance and in the evaluation of other electrochemical devices, such as fuel cells.
Posted by arclein at 12:01 AM