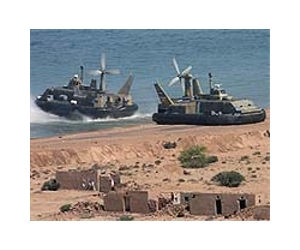 I think that this applies wonderfully to our friend the bumble bee and provides us a neat explanation.  Scale it up to human size and we will have a different matter altogether.

We are informed however that we actually have a lot more design freedom that we thought possible and it becomes easy to contemplate large craft using large static wings in order to counter instabilities.

In particular, we are entering the new age of the airship and it is easy to imagine hinged sails front and rear as amazingly effective control surfaces that even help in generating acceleration and higher speed flight.  Has anyone actually thought about how we might fly these craft effectively into the wind?

All these ideas are today feasible and need to be well explored in simulation.

Hovering not hard if you're top-heavy

Top-heavy structures are more likely to maintain their balance while hovering in the air than are those that bear a lower center of gravity, researchers at New York University's Courant Institute of Mathematical Sciences and Department of Physics have found.

Their findings, which appear in the journal Physical Review Letters, are counter to common perceptions that flight stability can be achieved only through a relatively even distribution of weight-and may offer new design principles for hovering aircraft.

As the Wright brothers demonstrated 100 years ago, the key challenge of flight is maintaining balance. Yet, while insects took to the air 400 million years earlier, their flight stability remains a mystery because of the complex aerodynamics of their flapping wings.

The NYU researchers approached this question by creating experimental conditions needed to achieve stable hovering in mechanical flyers. To do so, they created a range of pyramid-shaped "bugs" constructed from paper that hover when placed in an oscillating column of air, mimicking the effect of flapping wings. They captured the experiment with high-speed videos in order to analyze the nature of the airflow around the bugs.

To gauge which types of structures best maintained their balance, the researchers created paper bugs with various centers of mass. Top-heavy bugs were made by fixing a weight above the pyramid, and low center-of-mass bugs bore this weight below.

Surprisingly, their results showed that the top-heavy bugs hovered stably while those with a lower center of mass could not maintain their balance.

The team showed that when the top-heavy bug tilts, the swirls of air ejected from the far side of the body automatically adjust to keep it upright.

"It works somewhat like balancing a broomstick in your hand," explained Jun Zhang, a Professor at the Courant Institute and one of the study's co-authors. "If it begins to fall to one side, you need to apply a force in this same direction to keep it upright."

For bugs, it is aerodynamical forces that provide this stability.

The lessons learned from these studies could be put to use in designing stable and maneuverable flapping-wing robots.

The study's other co-authors were postdoctoral researchers Bin Liu, who led the first round experiments, and Leif Ristroph, who came up with the stability theory with Courant Professor Stephen Childress. Another co-author, Annie Weathers, now studies mechanics at the of , . She took some measurements during her last semester as an undergraduate at NYU.