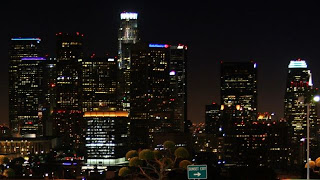 Right now we are merely considering the possibility.  Yet there is plenty of merit because the seismic attack wave is normally constrained in terms of wavelength anyway and does most of its damage through the length of time the attack is sustained.  A hundred foot drop shock is converted into a longitudinal seismic wave that is largely already controlled by the materials it is passing through.  A hundred miles away, there is plenty of energy release, but the release is dragged out.

Thus it makes good sense to figure out building protocols that ameliorate the actual risk.  In fact, there is plenty of evidence that this is possible just noting the behavior of different ground profiles in quake regions.

In short, it is time to rethink the engineering and to become more proactive in terms of testing protocols.  We are actually doing pretty good, but I suspect we can do vastly better.  I do know that it is easy to build housing able to handle a couple of magnitudes more in terms of quake shock.  Unfortunately, no one will thank you for it unless it becomes the law of the land.

Invisibility cloak research focuses on how to make light waves pass through an object as though nothing is there. Now what if you took that same basic principle and applied it to other types of waves — like those of vibration?

That's the basic principle behind new research by scientist Dr. William Parnell and his team. Their idea is to create what we might call a cloak of intangibility, a device that makes vibration waves pass right past the objects inside the cloak. If such a device existed, it could be used to make valuable objects, including even entire buildings, virtually invulnerable to natural disasters like earthquakes — or even coordinated attacks by terrorists.

While light, sound, and vibration are obviously vastly different phenomena, they are all waves, which means learning how to cloak one type of wave could be immensely useful in cloaking the others. In a statement, Dr. Parnell explains that the particularly problem of cloaking vibration waves is finding the right materials for the cloak - naturally occurring materials simply can't shield sound or vibration waves. But, the researchers may have discovered the beginnings of a solution, as Dr. Parnell explains:

"We showed theoretically that pre-stressing a naturally available material – rubber – leads to a cloaking effect from a specific type of elastic wave. Our team is now working hard on more general theories and to understand how this theory can be realized in practice. his research has shown that we really do have the potential to control the direction and speed of elastic waves. This is important because we want to guide such waves in many contexts, especially in nano-applications such as in electronics for example. If the theory can be scaled up to larger objects then it could be used to create cloaks to protect buildings and structures, or perhaps more realistically to protect very important specific parts of those structures."

Obviously, like all cloaking technology, this technology is still very much in its infancy. But its potential applications in shielding buildings from destruction is pretty much why our language has the word "awesome", so hopefully this is worth waiting for.