Wire Glitch on Speed of Light? 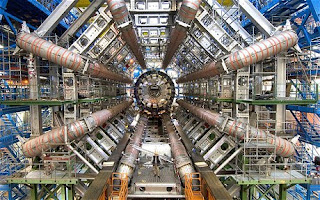 It seems odd that a route flaw could have been missed in the initial analysis as that is surely were one looks for problems.  That a test has been done now to measure the circuit and has been found culpable appears even suspicious. That it magically also corrects the shift is of course wonderful. I certainly want the original test rerun with the newly repaired and checked circuits.

One wonders why circuits were not switched out and the test run initially several which ways to cross check the results anyway.  Unless the key circuit was so critical it could not be switched out, then it should have been.

In the event, we are now going to retest and discover if there is a real shift appearing in the data.

As stated before, if the phenomenon stands up, I am able to explain it although I do not yet have the supporting calculations and those may simply place the shift at too low a magnitude to be easily detected anyway.

At least how we have a muted technical glitch to use to explain the cause although I do find it hard to accept.  Let us wait for the real skinny on this one.

Physicists who shocked the scientific world by claiming to have shown particles could move faster than the speed of light have admitted it was a mistake due to a faulty wire connection.

It was Albert Einstein who proposed more than 100 years ago that nothing could travel faster than the speed of light.

Einstein’s theory of special relativity, proposed in 1905, states that nothing in the universe can travel faster than the speed of light in a vacuum.

But researchers at the CERN lab near claimed they had recorded neutrinos, a type of tiny particle, travelling faster than the barrier of 186,282 miles (299,792 kilometers) per second.

Now it seems Einstein's reputation has been restored after a source close to the experiment told the journal Science Insider that "A bad connection between a GPS unit and a computer may be to blame."

Scientists at CERN claimed that neutrinos arrived 60 nanoseconds earlier than the 2.3 milliseconds taken by light.

The report in Science Insider said the "60 nanoseconds discrepancy appears to come from a bad connection between a fiber optic cable that connects to the GPS receiver used to correct the timing of the neutrinos' flight and an electronic card in a computer. "

"After tightening the connection and then measuring the time it takes data to travel the length of the fiber, researchers found that the data arrive 60 nanoseconds earlier than assumed," it added.

"Since this time is subtracted from the overall time of flight, it appears to explain the early arrival of the neutrinos. New data, however, will be needed to confirm this hypothesis."

Antonio Ereditato, spokesman for the researchers, said at the time: “We have high confidence in our results. We have checked and rechecked for anything that could have distorted our measurements but we found nothing.”

Scientists across the world agreed if the results were confirmed, that it would force a fundamental rethink of the laws of physics.

The first doubt was cast on the findings In November when a team of physicists in Itlay conducting a separate study on the same beam of neutrinos at Gran Sasso claimed their findings "refute a superluminal (faster than light) interpretation."

Rather than measuring the time it took the neutrinos to travel from CERN to Gran Sasso the second experiment, known as ICARUS, monitored how much energy they had when they arrived.

Tomasso Dorigo, a CERN physicist, wrote on the Scientific Blogging website that the ICARUS paper was "very simple and definitive."

He said it showed "that the difference between the speed of neutrinos and the speed of light cannot be as large as that seen by OPERA, and is certainly smaller than that by three orders of magnitude, and compatible with zero."

Prof Jim Al-Khalili, the , who threatened to eat his boxer shorts if the original OPERA result was proved right, said: "Usually we see this effect when particles go faster than light through transparent media like water, when light is considerably slowed down.

"So these neutrinos should have been spraying out particles like electrons and photons in a similar way if they were going superluminal – and in the process would be losing energy.

"But they seemed to have kept the energy they started from, which rules out faster-than-light travel."
Posted by arclein at 12:01 AM