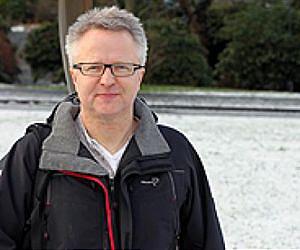 Well maybe, or perhaps we are teaching a computer to imitate a human pattern of thought that may or may not be efficious.  Our pattern recognition ability is hard wired in the brain and is vaster than we are able to even perceive let alone mimic.

Somehow we perceive patterns or holograms and then store the information temporarily and then make useful connections subconsciously that eventually sort out something useful and that is then presented back for our lofty consideration.

I would be more impressed if one could look at a Sudoku puzzle of extreme difficulty and without any calculation merely write in the answers.

"Our programs are beating the conventional math programs because we are combining mathematics and psychology," said Claes Strannegard of the . Credit: .

Intelligence - what does it really mean? In the 1800s, it meant that you were good at memorising things, and today intelligence is measured through IQ tests where the average score for humans is 100. Researchers at the Department of Philosophy, Linguistics and Theory of Science at the of , , have created a computer programme that can score 150.

'We're trying to make programmes that can discover the same types of patterns that humans can see,' he says.

The research group, which consists of Claes Strannegard, Fredrik Engstrom, Rahim Nizamani and three students working on their degree projects, believes that number sequence problems are only partly a matter of mathematics - psychology is important too. Strannegard demonstrates this point:

The group is therefore using a psychological model of human patterns in their computer programmes. They have integrated a mathematical model that models human-like problem solving. The programme that solves progressive matrices scores IQ 100 and has the unique ability of being able to solve the problems without having access to any response alternatives. The group has improved the programme that specialises in number sequences to the point where it is now able to ace the tests, implying an IQ of at least 150.

'Our programmes are beating the conventional math programmes because we are combining mathematics and psychology. Our method can potentially be used to identify patterns in any data with a psychological component, such as financial data. But it is not as good at finding patterns in more science-type data, such as weather data, since then the human psyche is not involved,' says Strannegard.

The research group has recently started collaborating with the Department of Psychology at , with a goal to develop new IQ tests with different levels of difficulty.

'We have developed a pretty good understanding of how the tests work. Now we want to divide them into different levels of difficulty and design new types of tests, which we can then use to design computer programmes for people who want to practice their problem solving ability,' says Strannegard.