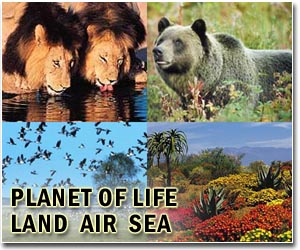 This is an excellent experiment and it demonstrates a lot of what we have surmised.  The shortening taking place needs to be noticed because there is go evidence here of the selection been affected by predation at all.  Again the lizards understand shorter is better and their genetic code allows for just that modification so it begins to appear.  In the same way, all humanity is entering a world of food abundance and the perceived advantage goes to the full sized version of humanity.  Thus we are watching population enlarge before our own eyes in the expanding urban environment.

The new version of mankind will have men at a ‘normal’ six to six and a half foot in height and massing in their prime at a trim two hundred pounds.  Not enough to take on Big Foot but certainly twice the mass of his great - great - grandfather.  Certainly good nutrition in one’s primary growing period and no heavy work load is a contributor but not sufficient to explain the broad generational enlargement.  It simply takes at least three generations of encouraging living conditions to accomplish this result.

It is a little surprising but I do not think that in humanity that a small stature is a genetic imperative.  The evidence shows us that every population seems to become larger approaching a similar size distribution.

Biologists have observed a theory of species evolution known as the founder effect in action for the first time, university researchers reported.

The founder effect, first outlined by German evolutionary biologist Ernst Mayr in 1942, says that when a small group of individuals from a genetically diverse population of some species migrates away and "founds" a new colony, the founders' genes play a dominant evolutionary role in the new population for generation after generation.

Biologists, including scientists who did postdoctoral work the , said they wanted to see if the founder effect was real -- it had never been observed in action because evolution takes place so slowly.

They visited heavily forested Iron Cay, a Bahamas island spared the ravages of 2004's Hurricane Frances, and took brown anole lizard couples from the island at random to seven tiny treeless islands nearby where no lizards remained after the Category 4 hurricane.

On each island they released a single lizard pair, they said.

But on the seven islands slammed by Frances, the anole lizards that drowned had short hind legs, better suited for darting in and out of the short, tangled, scrubby bushes that thrived there, the San Francisco Chronicle reported, citing the researchers.

If the founder effect held up, succeeding generations of the transplanted lizards would maintain their long hind legs, even though the original lizard residents had short legs, the researchers postulated.

The researchers returned to the islands every year to observe and measure the legs on each new generation of lizards, which now populate the islands.

After five or six generations, the founder effect appeared to hold up, with the new generations still sporting the long hind legs of their ancestors, the scientists reported.

But they saw another evolutionary force emerge, they said.

The lizards' long legs began shortening as each generation adapted to the scrub-bush environment, they said.

The scientists realized they were also witnessing Charles Darwin's natural selection, a key mechanism of evolution, they said.

"In this case, we've seen both the founder effect and natural selection operating right before our eyes -- for the first time," Jason Kolbe, a postdoctoral fellow at U.C. Berkeley and U.C. Davis and now at the University of Rhode Island, wrote in the American Association for the Advancement of Science journal Science Express.
Posted by arclein at 12:01 AM