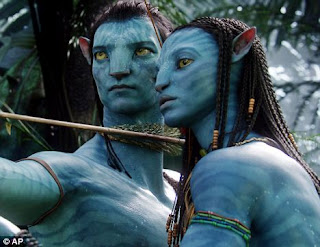 I do not know if this is quite within reach yet although it is surely in our future much sooner than later.  Far more certain are going to be the development of warplanes flown from a remote site.  Why risk lives in order to underuse the capabilities of hardware in the first place?

When we reach that capacity in ground hardware and we have surely reached it with tanks and other military vehicles. Then it is time to see if an organic connection can be built that allows the creation of combat avatars.

The first problem that needs to be better addressed is 360 viewing of the environment.  We cannot do it so well right now yet it is the one thing that is needed.  It involves making one’s peripheral vision operate at a full 360 less the frontal focus.  We know we have peripheral vision; it needs to be upgraded and expanded.

I would also like to see our eyesight expanded across a much wider part of the spectrum even if it has to be done selectively.  It really helps to know something is not a plant.

Compared to that, connecting our nerves indirectly to servos seems easy, but it is not.

The military is researching ways for its troops can use their minds to remotely control androids who will take human soldiers' place on the battlefield.

The Defense Advanced Research Projects Agency (Darpa), the Pentagon's hi-tech research arm, has earmarked $7million for research into the project, nicknamed Avatar.
The ultimate goal of the project sounds, bizarrely, much like the fantastical plot of the the film of the same name.

In the James Cameron movie, set far in the future, human soldiers use mind control to inhabit the bodies of human alien hybrids as they carry out a war against the inhabitants of a distant world.

According to the Darpa's 2013 budget: 'The Avatar program will develop interfaces and algorithms to enable a soldier to effectively partner with a semi-autonomous bi-pedal machine and allow it to act as the soldier’s surrogate.'

The report, released this week and seen by wired.com, says the remote controlled androids will be capable of doing everything that a human soldier can.

They should be able to perform all the duties expected of a human soldier, including 'room clearing, sentry control [and] combat casualty recovery,' all via remote control.

The means in which this man-machine mind-meld are to be achieved are unclear, but Darpa's description of the project notes 'key advancements in telepresence and remote operation of a ground system'.

The agency has reportedly already funded successful attempts to control robots with thought - albeit using monkeys - raising the terrifying prospect that wars may in the future be fought by machine proxy.

The initiative seems like the next logical step in the military's robotics and remote warfare research.

Remote-controlled drones have, controversially, been in use for some time, and have been a key, if sometimes clumsy, weapon in the 's operations against Islamic extremists.

Last week Darpa released a new video of AlphaDog and noted that they wanted the machine to interact with soldiers in a way similar to the relationship between a trained animal and its handler.


Read more: http://www.dailymail.co.uk/sciencetech/article-2102559/Project-Avatar-U-S-military-researches-ways-soldiers-control-robot-surrogates-using-just-minds.html#ixzz1mthbdoUh
Posted by arclein at 12:01 AM