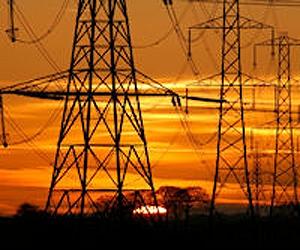 This report strongly indicates that the energy storage industry is coming of age, quite the same way as the wind industry put it all together.  This has been happening behind the scenes over the past several years when it became abundantly obvious that the demand for electrical energy is heading into the stratosphere because of the switch by consumers over to electrical vehicles.  Inefficiencies accepted in the past now appear as money thrown on the ground.

The fact remains that all energy production can be readily upgraded by installing storage of some kind or the other.  I do not have a hard number to apply, but the mere fact that nighttime production is sold cheap is enough of an economic indicator by itself.

While we are at it, the electric automobile is a new form of distributed energy storage that will easily support household usage with a few tweaks.

What is been said here is that we operated a world of power abundance and failed to optimize the system because storage was a difficult problem no one paid much attention too.  Now we are and there is huge savings to garner.

Imagine a national superconducting grid that merely pumps water back behind a dam in the off season.  We are in the middle of removing the classical energy losses in these systems and that means some really major storage systems will become practical.

The energy storagemarket is robust and offers tremendous potential for growth over the next 5 years according to the findings of a just released study sponsored by the Copper Development Association (CDA) and conducted by KEMA, Inc. The study, entitled Market Evaluation for Energy Storage in the determines the current market for grid energy storage in the and the associated copper demand in storage applications over the next five years.

Thermal energy storage, pumped hydro power, compressed air energy storage (CAES), and distributed applications currently constitute the majority of the energy storage market and are used to support the integration of renewables such as wind power and solar photovoltaics. .

Industry Forecasts Strong Investments in Energy Storage Markets
Within the , industry analysts forecast that $240 billion will be invested in storage grid applications over the next 10 years. Overall, government support is strong with the Department of Energy (DOE) Smart Grid Demonstration Grants project investing $772 million. Strong investments from the government and venture capitalists, successful demonstration projects, and recent technological advancements have all contributed to strong growth in the storage market.

Though all sectors of the energy storage market show strong potential, from an application perspective distributed generation devices, renewable systems, and ancillary services show the greatest near term growth potential. Global opportunity over the next 10 to 20 years is estimated at upwards of 300 gigawatts (GW) in size, which translates into $200-$600 billion in value.

Newer technologies are growing in size due to commercial investment and governmental support. Growth in the energy storage market over the next 5 years is estimated at between 2 to 4 GW with an estimated copper demand of 900- 3,000 tons.

Copper's superior conductivity and reliability play a key role in the batteries,wiring, and motors used by these devices. Lithium-ion, flow and sodium batteries as well as flywheels, CAES, and pumped hydropower are strong users of copper at the unit level. Moreover, certain pieces of electrical equipment and supporting infrastructure-such as transformers, generators, inverters, cooling systems, other motors and wiring-rely on copper for efficient, reliable operation.

Zolaikha Strong, Director of Sustainable Energy at CDA notes "We are excited to see that the results of the study emphasize the growth and development of energy storage in the U.S. and support our belief that copper can play a vital role as a key component of energy storage in coming years. In this time of transformation of the electric grid, we encourage policy makers to support the growth of storage technologies because they provide the needed reliability to support to the grid."

The report is available here.