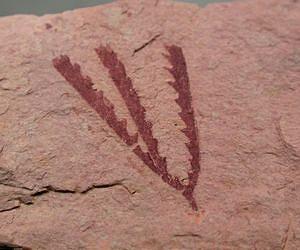 This makes us rethink the idea of a rapid recovery and evolutionary explosion as has been posited rather uncritically once mass extinctions became accepted.  More sensibly, life refills the available space and evolutionary opportunities open up to be slowly adopted.  There is really no rush

Observe the barren deserts of the Middle East and .  These deserts were largely stripped by mankind during the Bronze Age.  The replacement ecology has not yet arrived and watching attempts to introduce the obvious plants from the American southwest have been uninspiring.  Other introductions, such as rabbits to are much more dramatic.

In short, introductions into a badly damaged habitat have to be a slow process.  I understand ho to reforest the desert in the , but that is with our efforts.  By itself and the removal of mankind, it would require thousands of years to simply recover and millions of years to create the range available to the Southwest.

Another missing consideration is that survivors are often trapped in refugia and excape may well take along time, even geological time.

Graptoloids are an extinct zooplankton that lived in colonies. Because the animals evolved quickly and had a wide geographic range, their fossil record is rich - a trove of information on how species diversify

This discovery, based on new research, challenges the widely held assumption that a period of explosive evolution quickly follows for survivors of mass extinctions.

In the absence of competition, the common theory goes, surviving species hurry to adapt, evolving new physical attributes to take advantage of newly opened niches in the ecosystem. But that's not what researchers found in graptoloid populations that survived a mass extinctionabout 445 million years ago.

"What we found is more consistent with a different theory, which says you might expect an evolutionary lag as the ecosystem reforms itself and new interspecies relationships form," said University at geology professor Charles E. Mitchell, who led the research.

The research provides insight on how a new mass extinction, possibly one resulting from man-made problems such as deforestation and climate change, might affect life on Earth today.

"The general motivation behind this work is understanding how extinction and evolution of form relate to each other, and the fossil record is the only place where we can do these sort of experiments across long spans of time," Bapst said.

The research on graptoloids is scheduled to appear in the online Early Edition of the Proceedings of the of Sciences.

Graptoloids are an extinct zooplankton that lived in colonies. Because the animals evolved quickly and had a wide geographic range, their fossil record is rich - a trove of information on how species diversify.

With diplograptines gone after the Ordovician mass extinction, neograptines had a chance to recover in an environment free of competitors.

According to the popular ecological release hypothesis, a popular theory, these circumstances should have led to a burst of adaptive radiation. In other words, without competition, the neograptines should have diversified rapidly, developing new physical traits - new colonial architectures - to take advantage of ecological niches that the diplograptines once filled.

But that's not what the researchers found.

To test the adaptive radiation idea, they analyzed the colony forms of 183 neograptine and diplograptine species that lived before, during or after the Ordovician mass extinction - a total of 9 million years of graptoloid history.

This wealth of data enabled the team to track graptoloid evolution with more precision than past studies could. What the researchers discovered looked nothing like adaptive radiation.

Almost immediately following the Ordovician mass extinction, new neograptine species proliferated, as expected. But according to the study, these new species displayed only small changes in form or morphology, not the burst of innovation the release hypothesis predicts. In fact, graptoloids had been evolving new physical traits at a more intensive pace before the extinction event.

The lag supports a type of evolution that argues that interactions between co-evolving species help foster diversification. Because such relationships likely take time to develop in a recovering ecosystem, an evolutionary lag of the kind the graptoloid study detected should occur in the wake of a mass extinction.

Another possible explanation is that newly appeared graptoloid species may have differed in ways outside of physical traits, a phenomenon that biologists refer to as non-adaptive radiations. A third possibility is that graptoloids may have experienced evolutionary lag due to their complex mode of growth.

Besides investigating how neograptines fared after the extinction event, the team also analyzed whether colony form alone could explain why neograptines survived the mass extinction while diplograptines disappeared. The scientists concluded that this was unlikely, suggesting a role for other factors such as possible differences in the preferred habitat of the two groups.