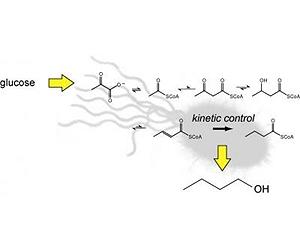 I am enamored of the idea that chemistry may be written up as a language formed with chemical syllables and a natural logic that predestines the initial emergence of life and its structure.  Work such as this is very much in that vein.  Looking at the patterns is a good way to imagine the form of that language and from there we may be able to produce a symbolic system of representation.

Such a system would go much further in providing us a natural framework to guide our research in biological chemistry.  It should be predictive.

It is good to see many researchers recently tackling the foundational issue of the emergence of life.

One aspect of Root-Bernstein's research is studying the small glucose binding sequences that occur in all protein and peptides like insulin. Focusing on these basic building blocks could provide new insights into diseases such as diabetes.

Studying the origin of life at its building blocks offers a unique perspective on evolution, says Robert Root-Bernstein, MSU physiology professor, at .

Paleontologists study ancient life and reason that each species is a modification of the previous generation. Geneticists embrace this theory and trace the lineage of genes.

Root-Bernstein wondered if there could be another level of paleontology embedded in the molecules that reflect evolution from the earliest stages of life and found in prebiotic chemistry, the study of chemical reactions that may have sparked the beginnings of life.

"By studying modules built from very simple chemicals, I'm hoping that it will lead to an understanding of a molecular paleontology in modern systems," he said. "Whether it's a human or a bacterium, we're all made from the same basic modules that have more than likely been around since the beginning of time."

For example, one aspect of Root-Bernstein's research is studying the small glucose binding sequences that occur in all protein and peptides like insulin. Focusing on these basic building blocks could provide new insights into diseases such as diabetes.

Having the characteristic of taking a nontraditional view has helped further Root-Bernstein's research.

"Albert Szent-Gyorgyi, the physiologist who discovered vitamin C, once defined discovery as seeing what everyone else sees and thinking what no one else thinks," he said. "I often find that phenomena that are obvious to other people are not obvious to me."

Root-Bernstein's ability to seek the common chemical building blocks between bacteria and humans formally known as molecular complementarity, is a distinctive view.

This shared set of modules could be the basis for the evolution of the chemicals systems on which life is based, he added. It could, in fact, be the essential agent controlling evolution at every level.

really great information about the relation between milk and cancer ... it's make me surprise ... hope many people can read this article