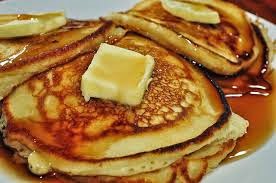 Maple sugar is now organized as an industry and it is on an upward trend.  This will also open the door for other potential sap trees to be used as well.  It is also noteworthy that sap trees produce best during their midlife when vigorous growth is achievable.

There is also room for innovative governmental interference in all this. The obvious method is to tax sugar content generally and exempt maple sugar.  The health ramifications of doing this are enormous to begin with and supercharging an indigenous market for maple syrup is an excellent idea.

Of course the sugar lobby has had it all its own way for a century so this cannot be easy.   Yet it may be a way to put Stevia and maple sugar on the front burner and to start the process of reining in our profoundly abusive processed food industry.

The horror is that we know this will work to largely reduce  metabolic syndrome.

Maple Syrup Does Far More For Your Health Than Just Sweeten Your Food
April 12, 2014

Karen Foster,
http://www.wakingtimes.com/2014/04/12/maple-syrup-far-health-just-sweeten-food/
Maple syrup is one of the many wonders of the world and far more than a simple sweetener. Maple syrup is not only rich in essential nutrients such manganese as well as zinc, but 34 new beneficial compounds discovered just a few years ago have been confirmed to play a key role in human health.

The process of making maple syrup is an age-old tradition of the North American Indians, who used it both as a food and as a medicine. They would make incisions into trees with their tomahawks and use birch barks to collect the sap. The sap would be condensed into syrup by evaporating the excess water using one of two methods: plunging hot stones into the sap or the nightly freezing of the sap, following by the morning removal of the frozen water layer.

When the settlers came to North America, they were fascinated by this traditional process and in awe of the delicious, natural sweetener it produced. They developed other methods to reduce the syrup, using iron drill bits to tap the trees and then boiling the sap in the metal kettles in which it was collected.

Maple syrup was the main sweetener used by the colonists since sugar from the West Indies was highly taxed and very expensive. Eventually, inferior forms of sugar with no nutritional value became cheaper to produce, it began to replace maple syrup as a relied upon sweetener. In fact, maple syrup production is approximately one-fifth of what it was in the beginning of the 20th century.

Maple syrup was known to have naturally occurring minerals, such as zinc, thiamine, and calcium. Seeram was enlisted to study the plant’s antioxidants, known to exist in plant structures such as the leaves and the bark, and found 13 that were not previously known to be in the syrup. Several of those had anti-cancer, anti-bacterial, and anti-diabetic properties.

A previous study published in the Journal of Clinical Nutrition in 2007 found that maple syrup contains polyphenols such as abscisic acid (ABA) which is thought to stimulate insulin release through pancreatic cells very much the same way berries increase sensitivity of the fat cells to insulin, which makes the syrup beneficial for those with metabolic syndrome and diabetes.

These discoveries of new molecules from nature can also provide chemists with leads that could prompt synthesis of medications that could be used to fight fatal diseases, said University of Rhode Island researcher Navindra Seeram.

“I continue to say that nature is the best chemist, and that maple syrup is becoming a champion food when it comes to the number and variety of beneficial compounds found in it,” Seeram said. “It’s important to note that in our laboratory research we found that several of these compounds possess anti-oxidant and anti-inflammatory properties, which have been shown to fight cancer, diabetes and bacterial illnesses.”

As part of his diabetes research, Seeram has collaborated with Chong Lee, professor of nutrition and food sciences in URI’s College of the Environment and Life Sciences. The scientists have found that maple syrup phenolics, the beneficial anti-oxidant compounds, inhibit two carbohydrate hydrolyzing enzymes that are relevant to Type 2 diabetes management.

Enhances Liver Function
The pilot study, conducted by Dr. Keiko Abe of the University of Tokyo’s Graduate School of Agricultural and Life Sciences, showed that healthy laboratory rats fed a diet in which some of the carbohydrate was replaced with pure maple syrup from Canada, yielded significantly better results in liver function tests than the control groups fed a diet with a syrup mix containing a similar sugar content as maple syrup.

“It is important to understand the factors leading to impaired liver function — our lifestyle choices including poor diet, stress and lack of exercise, as well as exposure to environmental pollutants that produce tissue-damaging free radicals,” says Dr. Melissa Palmer, clinical professor and medical director of hepatology at New York University Plainview. “The preliminary results of this research are encouraging and emphasize the importance of choosing a healthy diet to help counteract the lifestyle and environmental factors that may impact liver function, even our choice of a sweetener. In addition to Dr. Abe’s recent findings, published research suggests that pure maple syrup may prove to be a better choice of sweetener because it was found to be rich in polyphenolic antioxidants and contains vitamins and minerals,” notes Palmer.

Where Is The Best Maple Syrup In The World?
The province of Quebec, Canada is known to produce the highest quality maple syrup in the world. With optimal soil pH and the perfect combination of cold freezing night and warm days, Quebec’s trees are hard at work every winter producing sap which flows beautifully from the trees. Quebec is also largest producer with over 8 million gallons harvested annually.

“Producers, transformers and partners of the Canadian maple industry believe that investing in maple syrup knowledge and innovation will bring the products to another level in a few years,” said Serge Beaulieu, president of the Federation of Quebec Maple Syrup Producers and member of the Canadian Maple Industry Advisory Committee.

“Quebec Maple Syrup Producers are especially proud to be leading this long-term innovative strategy on behalf of the Canadian industry and with the talented scientists of the Canadian Maple Innovation Network.”

- The clear sap from the maple tree begins at about 1.5% sugar. Once it is evaporated to a thick syrup, the content is around 62%. Compare that to “pancake syrup”, which is 100% sugar.[ this is surely an error as the percentage is about water content versus sugar(s) content ]
- Syrups are graded A, B, or Commercial. They also come in three colors: light amber, medium amber, and dark amber. Grade A, the lightest in color, is culled at the start of the season. Grade B comes as the weather warms.

- Maple syrup isn’t just for pancakes and waffles. Chefs use the syrup in marinades, braises, and even some beers.