IRS to Expand Financial Surveillance With Crackdown On Offshore Accounts 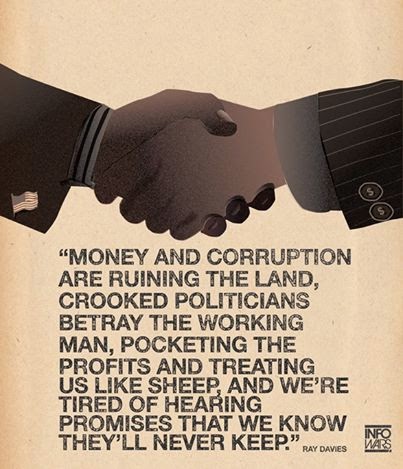 What this is really about is forcing citizens to keep their assets onshore and visible.  That really means taxpayers.

In the meantime this has zero bearing on your offshore corporation which you secretly control and operate as your private fiefdom.  That is all foreign of course.  So we have a brave press release of scant meaning.

A more meaningful reform would be to insist that this information is all public domain.  Thus you would be able to screen say Intel and track the actual names of buyers and sellers.  You may think that this would create all sorts of problems but that is nonsense.  If it is a real problem you do go offshore.  The key is visibility and disclosure.

Offshore trading will then become visible and speculated on if it happens to dominate trading.  I can tell you as an old broker, just how important that becomes in terms of making clear decisions.

IRS to Expand Financial Surveillance With Crackdown On Offshore Accounts

A U.S. tax law taking effect this summer will completely destroy financial privacy in America by forcing many Americans to keep their investments inside the U.S. where they can be easily monitored by regulators.

Set to begin July 1, the Foreign Account Tax Compliance Act (FATCA) grants the IRS broad powers to coerce foreign financial institutions (FFIs) to snitch on their American clients, effectively turning them into agents of the IRS.

But the law has nothing to do with tax evasion whatsoever. Rather, by scaring FFIs away from doing business with American investors, it will force many Americans to keep their investments inside the U.S. where they are more easily monitored, according to Porter Stansberry, the founder of the Stansberry & Associates Investment Research Conference.

“[FATCA] is all about the record-keeping that is required and the requirement that these banks [FFIs] withhold taxes from any transaction,” he said yesterday on the Alex Jones Show. “And there is just no way that they can meet these requirements.”

“The government knows that, of course, so what it’s doing is forcing a lot of investment in U.S. dollars back into domestic banks.”

And concurrently, the Financial Industry Regulatory Authority (FINRA), a non-governmental organization that regulates American financial firms, is setting up a centralized database of investor transactions occurring within the U.S. called the Comprehensive Automated Risk Data System, or CARDS for short.

“FINRA claims they want access to your account in real-time, so they can monitor whether or not your broker is providing the ‘right advice’ for you,” Stansberry added. “But the reality is that it’s now impossible for Americans to conduct investments with any privacy whatsoever because they can’t use an offshore broker [due to FATCA] and now FINRA’s going to have constant monitoring in real-time of every single investment account in the country.”

And Stansberry isn’t the only investment expert concerned with CARDS.

“This goes beyond mere concerns about Big Brother,” said Henry Hu, a law professor at the University of Texas in Austin, to the Wall Street Journal. “I think CARDS creates a new form of systemic risk.”

Hu likened this centralized record keeping of Americans’ financial transactions to Pearl Harbor, where “all the ships and airplanes are in one place at the same time.”

“If you were a hostile foreign government, you would immediately put some of your top people to work” on hacking CARDS, he added.

And unfortunately, it doesn’t have to be a hostile foreign government but just about anyone who would benefit from an economic meltdown of America.

Alex Jones will make a rare public appearance as a featured speaker at the upcoming Stansberry & Associates Investment Research Conference in Dallas, Texas on Saturday, May 31. For more information and tickets, please visit alexjonesdallas.com.