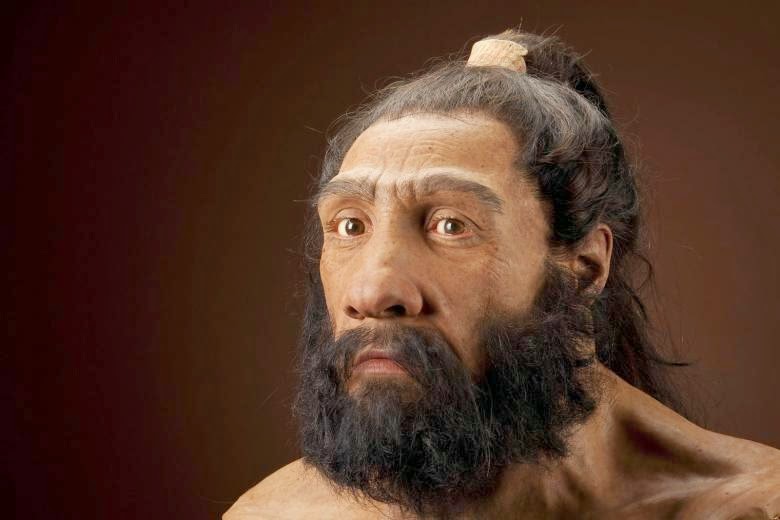 This report can be considered scientific housekeeping and assures us that we are certainly dealing with interbreeding.  I have no doubt, but only because I am familiar enough with natural and almost barbarian societies to have read plenty of clear evidence.    We only need to recall the Altai wild women who became a convenient source of sexual release within a small group.  This led to several offspring.

Quite clearly, interbreeding becomes inevitable in anything approaching primitive conditions.  Lack of opportunity is not a viable argument at all when we have historical evidence in the form of a direct Human Altai hybrid.  A serious genetic separation was needed and considering the present thinking that we just happen to be initially a boar female primate hybrid that worked out and back breed into the mother’s tribe, this problem is small potatoes.

At least we have eliminated the failed theory of outright extinction and finally understood that we are dealing with a failed life way that limited populations.  In that circumstance the small population is naturally absorbed and back bred into the larger population.  The only way to avoid simply disappearing from the visible world is to use the Jewish protocol.

It goes without saying that the Neanderthal genome is absorbed into our Eurasian genome.

"Our approach can distinguish between two subtly different scenarios that could explain the genetic similarities shared by Neandertals and modern humans from Europe and Asia," said study co-author Konrad Lohse, a population geneticist at the University of Edinburgh. The first scenario is that Neandertals occasionally interbred with modern humans after they migrated out of Africa. The alternative scenario is that the humans who left Africa evolved from the same ancestral subpopulation that had previously given rise to the Neandertals.

Many researchers argue the interbreeding scenario is more likely, because it fits the genetic patterns seen in studies that compared genomes from many modern humans. But the new approach completely rules out the alternative scenario without requiring all the extra data, by using only the information from one genome each of several types: Neandertal, European/Asian, African and chimpanzee. The same method will be useful in other studies of interbreeding where limited samples are available.

"Because the method makes maximum use of the information contained in individual genomes, it is particularly exciting for revealing the history of species that are rare or extinct," said Lohse.

In fact, the authors originally developed the method while studying the history of insect populations in Europe and island species of pigs in South East Asia, some of which are extremely rare. Lohse cautions against reading too much into the fact that the new method estimates a slightly higher genetic contribution of Neandertals to modern humans than previous studies. Estimating this contribution is complex and is likely to vary slightly between different approaches.

"This work is important because it closes a hole in the argument about whether Neandertals interbred with humans. And the method can be applied to understanding the evolutionary history of other organisms, including endangered species," said Mark Johnston, Editor-in-Chief of the journal Genetics.

Since they did interbreed, leaving fertile offspring, it's obvious that Neandethals, Cro-Magnons, Java Man and the elusive Denisovians were not different *species* of humans but simply different *races*. They all interbred some 30,000 years ago to produce what we call modern man. The real question is, just when did the modern races begin differentiating?