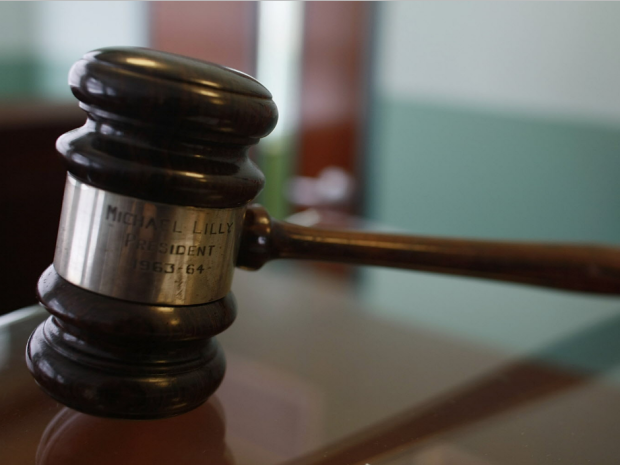 I suspect that my American readers are well familiar with rogue government agencies.  It is not quite so common in Canada, but the same unbalanced perspectives and human tendencies will run loose here as well.  This tale is a horror and often repeated in this particular agency.  This press may well bring in political scrutiny and a sudden end to the agency in some form or the other.

I am also pleased that we have a new criminal charge.  It is ‘excessive self-defense’.  The lawyering never stops.  If only they would all apply their creative writing courses to more useful pursuits.

Politicians create solutions to fund, but often fail to pay enough attention to oversight.  What is taking place is really uncontemplated.  But is is taking place and must be stamped out.


It was called “the trial that never ends.” A custody battle, in which the London-Middlesex Children’s Aid Society (CAS) became the cynosure of a London court’s ire, took place over 154 days, causing a huge backlog in other cases. It’s a tawdry tale, but it speaks to an untreated cancer in the child-services domain that cries out for chemotherapy.

The story began in 2010 when the London-Middlesex CAS applied for a court order to protect three boys, aged 15, 12 and 5, after a parental separation (the family name cannot be divulged). The mother had made multiple accusations demonizing the father: that he emotionally abused her; that he was a sexual abuser; and that he was a murderer who used the oldest boy “as a gun in his hands to try to kill the mother of these three children,” in words from Judge John Harper’s decision.

The mother was, to put it mildly — confirmed by recordings, e-mails and text messages — unreliable and manipulative. The three boys repeatedly alerted the CAS to their mother’s violence, alcoholism and sexual indiscretions. Yet the CAS blithely ignored all evidence to the contrary of their own settled conviction that the mother deserved their support.

Finally the mother accused her oldest son of trying to kill her, which brought the family into criminal court. Yet after a preliminary hearing, and ever-shifting testimony from the mother, the Crown reduced the charge to “excessive self-defence.”

Judge Harper assigned two-thirds of the court costs to the CAS — a record $1.4 million — and $604,500 to the mother. He had scathing words for the CAS, whom he charged with becoming “a lead advocate” for the mother and the driving force for the trial. He said that the agency went to great lengths to smother any evidence that countered their theory that the mother was the victim, overlooking her ever-shifting narratives, with their notes referring to her as the “Society’s client.”

It was revealed at trial that mandatory document-sharing was running a year late, and that one CAS supervisor, tasked with providing information to lawyers, had removed 475 pages of notes, records, summaries and emails from the file. (This, by the way, is a criminal offence, although to my knowledge the supervisor has not been charged.) Judge Harper also noted that meetings were held to discuss how to protect the mother and case workers from the father.

Judge Harper wrote that that the father was lucky to “dig out from under the avalanche thrust upon him,” and that “the scars to the children” were permanent. In summary, “This was exacerbated by the actions of the Society, some police officers, some women’s groups, a school board and her employers … many of whom accepted without any level of scrutiny the (woman’s) self-reports.”

This case may be shocking to readers who have not been exposed to the systemic abuses that run rampant throughout child-protection services, but it is not shocking at all to long-time critics, only one more heartbreaking story revealing the gender bias, amateurism and power-tripping that flourishes for lack of a checks-and-balance system that protects child and parent victims from arbitrary actions like those recorded in this trial.

What is shocking to me about this case is that the CAS’s depthless pockets for protective litigation services weren’t enough to stave off justice. I receive on average a CAS horror story a week — mostly well-documented narratives from fathers similarly victimized by mother-supportive CAS case workers — and these dads just don’t have the money or the strategic cunning (sadly needed) to go up against the CAS behemoth. I have followed the stories of several men — smart, disciplined, determined to remain fully engaged with their children, and convinced that their airtight cases of professional misconduct would right the wrongs they had suffered — and one by one seen them stymied at every turn by a circling of the CAS wagons in defence of the mothers.

Everyone knows the child-services stable needs a good mucking-out, but no political party in power will seize the shovel

CAS workers cannot be sued if they have acted “in good faith.” In the Middlesex-London case, Judge Harper noted that the CAS had “acted in bad faith.” Sadly, they act in bad faith all the time. Getting nailed for it is the exception.

Everyone knows the child-services stable needs a good mucking-out, but no political party in power will seize the shovel. Suppose this case were gender-reversed. If an alcoholic, abusive father had custody of the children; if the children begged their case workers for help; and if the case workers rebuffed them in order to protect the father: would it not act as a wake-up call?