Beyond the Five Senses with Robert Schoch - the Ubersense 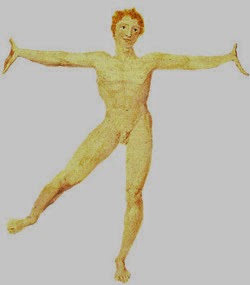 What we are grappling with is the successful perception of the super consciousness and actually accessing it.  This very much entails querying it and returning with the data.  This has been done, not so far in an organized manner.  There is also the matter of limitations.  Much that has come back is the perceptions of a spirit which may well be awful or often we receive a sense of future tendency.  Wisdom yes, but not precise.

Sometimes we get hard data.  Cayce came up with the unique importance of Bimini.  Decades later on schedule, observations were made.  Decades after that it became clear to myself and some others why this locale was important and creditable.  I hope you can be patient.  Cayce had it right.  He focused on today’s problem with today’s solutions.

Showing you the world’s largest oil field is of no help if after spending $15,000,000 to drill, you discover that your current technology cannot pump it.

The gold standard remains the experience of Swedenborg.  He spoke extensively with spirits he recognized and even knew as freely as you and I can talk.  He did this for years and he has not been unique.  He still was unable to return with interesting theorems in mathematics.

Beyond the Five Senses: The Powers Latent in Humankind

The traditional five senses – sight, hearing, smell, taste, and touch – are these the only ways to perceive the world, to gain information, to experience reality? In fact there are more than five senses, taking different forms, in various types of organisms, including humans. For instance, humans can also sense balance and acceleration, temperature, and pain due to nerve damage. There are other types of physiological receptors as well, some found in humans, some found in other organisms. To cite just a few examples, directional awareness based on Earth’s magnetic field occurs in birds and bacteria, various species of fishes as well as dolphins can detect electric fields, and for many types of fishes water pressure detection used to maintain buoyancy is critical.

But is there something more than the sorts of physiological-based senses described in the last paragraph? The answer to this question is of profound importance, as it fundamentally divides the world into two philosophical and metaphysical camps.

On the one hand we have the “physicalists-materialists” who believe there is nothing more to reality beyond matter and energy as construed by classical physics and western science more generally. This position devolves to a dogmatic scientism (sometimes referred to as naturalism1) that posits the so-called scientific method, involving empiricism, observations, and laboratory experiments (generally with a heavy emphasis on measurements), as the only way to gain knowledge.
[ This position is proving to be seriously wrong and we are learning to measure effects which tells me that like the once marvelously mystical electromagnetic field, they too will be de mystified. – arclein]

On the other hand, in sharp contrast to extreme scientism, are found a wide array of “ways of knowing.” These include a diverse range of experiences with equally diverse labels: religious insight, ecstasy, spiritual knowledge, meditative contemplation, divine illumination, aesthetic and symbolic revelation, visionary trances, out-of-body experiences, soul travelling, channelling of supernormal entities, and so forth.

In sum, scientism is often contrasted with spirituality, religiosity, and the preternatural, supernatural, or supersensitive in all of their disparate forms. Another way of putting this is that scientism denies any inner or beyond this material world aspects, such as the concept of consciousness, that are divorced from or in addition to physical matter and energy as perceived either directly or indirectly (using appropriate instrumentation) via the five senses. Those following the dogmatism of scientism often make a sharp distinction between the objective and the subjective; based on my research, this is a false dichotomy that often blurs under close scrutiny.

In terms of the mind-body problem, scientism essentially denies that consciousness is anything more than an epiphenomenon arising from physical-chemical processes taking place in the brain. The alternative extreme view is that consciousness exists outside of and beyond matter, and it is consciousness that in fact infuses the universe and makes matter manifest. Based on his understanding of modern physics, Amit Goswami (author of a standard textbook on quantum mechanics2) has written:

[ Conjecture:  The conscious expression ‘I am’ initiates the universe and is both independent and directly informed by the Universe thereafter.  I have shown that this is rigorously sufficient to produce the entirety of our living universe including the total content of the super consciousness that we call GOD while retaining externality.   I also strongly suspect that it is necessary but this is not shown rigorously as yet.  A thought experiment may be able to exclude all other choices.  I do know that I had precisely one choice. – Arclein ]

“I propose that the universe exists as formless potentia in myriad possible branches in the transcendent domain and becomes manifest only when observed by conscious beings.”3

It is not only from a quantum mechanical point of view that one can reach the conclusion that consciousness may be prior to matter. ( no! it is coincident with matter – arclein )Erik Verlinde (Institute for Theoretical Physics, University of Amsterdam) developed a new theory of gravity based on the concept that the universe is essentially a holograph where the structure of space-time emerges from information.4 Elaborating on Verlinde’s work, I came to the following conclusion:

“The most fundamental aspect of the universe… is information. Information can be equated with thought or mind or mental constructs independent of any material everyday conception…. The universe of mass and energy and forces, as we experience it on an everyday practical level, may have had its origin in a thought that inserted information into an otherwise blank (data free) holographic system…. Inserting more thoughts, more information, expands and changes the system…”5

For me the bottom line is that not only can consciousness exist independent of matter, but consciousness – thought, information – is prior to matter in a most fundamental sense. This position is diametrically opposed to dogmatic scientism and opens, even demands, the acknowledgment that not only is there more to reality than can be perceived by the “five senses,” but in order to gain a complete picture and understanding of reality we must gain knowledge in ways that go well beyond the five senses, beyond the simplistic so-called scientific method. We need philosophical, religious, transcendent experiences and the genuine knowledge such experiences bring. Those who limit themselves to their material physiology can never aspire to understand the ultimate nature and meaning of the universe.

This assertion that consciousness is beyond matter is not just an empty statement for me. We have latent powers to exercise, and such powers have been expressed in a variety of contexts through the ages. Various forms of paranormal and parapsychological experiences elicit and highlight these latent powers, most often expressed as telepathic interactions (direct mind-to-mind, direct consciousness-to-consciousness, connecti

Make no mistake; telepathy and psychokinesis are genuine.7 Remote viewing, which is essentially telepathy and clairvoyance8 dressed in modern terminology, has been successfully demonstrated over and over again under controlled laboratory conditions.9

Indeed, telepathy may be the most fundamental way to connect directly with the universal consciousness, with the numinous, with the divine. What is silent prayer but telepathy put to action to communicate with one’s god?

[ what we are lacking is a useful system to perceive abstract ideas besides the limitations of our own language. – arclein ]

Numerous techniques can be used to cultivate and elicit paranormal experiences, experiences that scientism either dismisses or fails to take seriously, and these have been developed within many different religious and cultural contexts, from the rituals of tribal African societies to the yogis of the Indian subcontinent to Zen practitioners to classic shamanism to séances in all their diverse forms to western occult and esoteric studies.10 All, at their core, elicit different but complementary ways of gaining access to legitimate knowledge that is beyond the five senses.

If you appreciated this article, please consider a digital subscription to New Dawn.
Footnotes
1. Alex Rosenberg, “Why I Am a Naturalist”, 17 September 2011, article posted at:
http://opinionator.blogs.nytimes.com/2011/09/17/why-i-am-a-naturalist/?ref=opinion (Accessed 26 September 2011); Timothy Williamson,   “What Is Naturalism?”, 4 September 2011, article posted at:
http://opinionator.blogs.nytimes.com/2011/09/04/what-is-naturalism/ (Accessed 26 September 2011).
2. Amit Goswami, Quantum Mechanics (second edition), New York: McGraw-Hill, 1997.
3. Amit Goswami (with Richard E. Reed and Maggie Goswami), The Self-Aware Universe: How Consciousness Creates the Material World, New York: Jeremy P. Tarcher/Putnam, 1993 [paper trade edition, 1995], 141, italics in the original.
4. Erik Verlinde, “On the Origin of Gravity and the Laws of Newton”, paper dated 6 January 2010, 29 pages, available from
http://arxiv.org/PS_cache/arxiv/pdf/1001/1001.0785v1.pdf (Accessed 28 July 2010).
5. Robert M. Schoch, “Moving the Moai: Easter Island as a possible psychokinetic laboratory”, Darklore, vol. 5 (2010), pp. 134-155, 268-270 [endnotes]; quotation from page 145.
6. It has not escaped my notice that some forms of paranormal and parapsychological phenomena may ultimately be explainable, or at least partially elucidated, by “conventional” physical and energetic systems, such as if for instance cases of telepathy (or some forms of telepathy) are electromagnetic phenomena in the extremely low frequency range. However, I am not convinced that all paranormal and parapsychological phenomena can be explained using a purely physicalist/materialist paradigm.

7. The reality of these phenomena has been established despite the numerous charlatans who make fraudulent claims; as the saying goes, just because counterfeit money exists, that does not mean genuine currency does not exist. For evidence supporting the reality of paranormal and parapsychological phenomena, see: Robert M. Schoch, “Thoughts Have Wings”, New Dawn, January-February 2011, page 11; Robert M. Schoch and Logan Yonavjak, compilers and commentators, The Parapsychology Revolution: A Concise Anthology of Paranormal and Psychical Research, New York: Jeremy P. Tarcher/Penguin, 2008; and references cited therein.
8. “Clear vision,” or the reception of information about objects, persons, or events, whether in the past, present, or future, by other than normal sensory means.
9. Paul H. Smith, “Remote Viewing: State of the Field”, Edgescience, Number 8, July-September 2011, 13-16.
10. See for instance: P. G. Bowen, The Occult Way, London: Rider and Company, circa 1936; Ernesto de Martino, Primitive Magic: The Psychic Powers of Shamans and Sorcerers, Bridport, Dorset: Prism, 1972/1988/1999; Caesar de Vesme, A History of Experimental Spiritualism (two volumes), Volume I,Primitive Man, Volume II, Peoples of Antiquity, London: Rider and Company, 1931; S. M. Shirokogoroff,Psychomental Complex of the Tungus, London: Kegan Paul, Trench, Trubner, 1935 [Reprinted: Berlin: Reinhold Schletzer Verlag, 1999.].
ROBERT M. SCHOCH received a Ph.D. in Geology and Geophysics from Yale University, and since 1984 has been a full-time faculty member at the College of General Studies of Boston University. His books include the trilogy with R. A. McNally: Voices of the Rocks, Voyages of the Pyramid Builders, and Pyramid Quest. For more on the subjects covered in the above article, see The Parapsychology Revolution: A Concise Anthology of Paranormal and Psychical Research (Compilation and Commentary by Robert M. Schoch and Logan Yonavjak, Tarcher/Penguin, 2008). Dr. Schoch’s personal website is located at:www.robertschoch.com