People Seem to Turn Off Streetlights With Their Bodies 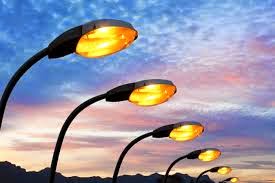 We really do not know just how much our body is able to influence the field environment around it.  It is obviously significant even if we have problems measuring the effects at all.  Do note that I do not refer to it as the electromagnetic field which we can measure.  After much reflection all that I am sure of is that our knowledge and ideas is early days.

Whatever happened, her consciousness became aware of the light and reflexively reacted to dose the light.  Nice trick if we could harness it.

What we are discovering is that our capacity to interact physically with the field environment is far more robust and sturdier than I had ever suspected.

People Seem to Turn Off Streetlights With Their Bodies

People all over the world have noticed that streetlights turn off when they get near them and turn back on when they’ve passed.

A 53-year-old American housewife told Hilary Evans, a lead researcher of this phenomenon: “I couldn’t believe this was a phenomenon that others shared with me. I just thought I was nuts and so did those I told. … I first noticed street lights going off when I began taking college classes at [night] … Several times when I would turn into my street to come home, the streetlight outside our home went out. I didn’t say anything thinking something was wrong with it.

“Then it began going off when I would step out onto the porch. For a while, I thought it was coincidence, then I began noticing lights turning off in other places.” For example, one night when she was walking with a friend, four lights went off as they passed and turned back on after she was clear of them.

“It continues to happen to me, and I continue to try to make others believe me,” she wrote. Evans received many such testimonies from people of all walks of life. Evans also noted in her book “The SLI Effect,” that unlike some other paranormal phenomena, this one does not relate to any greater belief systems or carry with it the benefits or merit of other supernormal abilities. People thus have less reason to make it up.

Electrical engineer Bill Beaty explained his theory about streetlight interference (SLI), as the phenomenon is called, in an People Seem to Turn Off Streetlights With Their Bodies episode of William Shatner’s “Weird or What?”

He spoke of the static electricity we conduct when we scuff our feet on carpet, for example. He said we could conduct electricity by stealing electrons from the air each time we inhale.

If inhaling makes us electrically charged, why doesn’t everyone have the same effect on streetlights? Beaty said there may be an as-of-yet undiscovered virus that could alter some people’s lungs, making them more likely to carry a charge.

He recognizes that his theory is weird.

“The vast, unstudied collection of weird things—some of those are real, and those are Nobel-Prize discoveries,” he said.

Gary M. Rowe, who has studied the phenomenon in the UK for 25 years, provides “a practical guide to investigating apparent Street Light Interference (SLI).”

He notes that an investigator must rule out causes for streetlights flickering or going out, such as faulty lights and lowered temperature (which can affect the lights’ operation).
Posted by arclein at 12:00 AM