The Surprising Truth About Driving While High 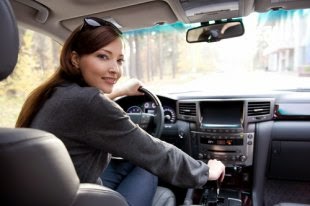 We needed to be told this.  I also suspect that a person who is high retains enough judgment to avoid driving.  That has never been true with alcohol.  It does mean that we can actually be optimistic on this front as usage itself comes out of the shadows.  Who would have thought this.

In the meantime, progressive acceptance by the States is continuing at a steady pace, mostly reflecting the time needed to ramp up and establish infrastructure.

There is essentially no doubt that marijuana has been legalized in fact if not in law and is very much on its own recognizance while law makers decide what to do with what they do have on the books.  It is period of clear measured transition as players set up shop.

The Surprising Truth About Driving While High

The human body does not process cannabis the way it processes alcohol.

As more and more states adopt medical and recreational marijuana policies, it seems the most feared outcome of legalization is that with the passage of laws that permit any sort of marijuana use, more impaired drivers will end up on the roads.

In fact, during the Denver 4/20 celebrations last weekend, tourists learned just how easy it was to get a ticket for smoking cannabis in public because of these concerns. Under Amendment 64, establishments designed for cannabis consumption (akin to a bar or lounge where alcohol is served) are prohibited.

Although loopholes have allowed some such clubs to exist (by charging a cover fee but not actually selling cannabis to guests) it’s hard to find a place to get high in Denver legally as a tourist unless you just do it on the street, where you risk getting a citation.

The primary concern with opening cannabis bars and lounges is that people will ingest marijuana on-site and then drive high.

I am here to tell you that there are already people “driving high” all over this country and it’s not a big deal.

There are also people speeding and racing, doing their makeup, eating, texting, talking on the phone, using their laptops or iPads, fighting with their children, drinking alcohol, popping pills, smoking meth, ghost riding, falling asleep, shooting guns at road signs or engaging in some sort of sexual behavior — all while operating a moving vehicle. These things are a big deal, they distract drivers and put the lives of the irresponsible driver and all others around them at risk.

Legislation cannot prevent bad behavior, but it can wrongfully send medical marijuana patients and recreational users all over the country to jail or prevent them from holding jobs they need to drive to get to just for exercising the newly-won human right of safe access to cannabis.

The problem is that the laws surrounding stoned driving are attempting to compare apples to oranges by assuming marijuana impairment can be measured or even should be measured the way alcohol is.

Alcohol is tolerated differently in every body, but generally we can look at someone’s physical height, weight and body mass index compared with the amount of drinks a driver has had over time to accurately determine impairment.

Convenient charts are handed out at DMVs all over this country so that people understand the law considers them impaired after a certain number of drinks, and impairment is distinguishable by a person’s blood alcohol content at the time the peace officer encounters the driver.

Photo BAC Chart:The science lines up, and although we do our best to prevent it, people still drive drunk. In fact, drunk driving is still the leading cause for traffic fatalities in the nation.

In 1957, nearly 53,000 Americans died in a car accident. By 2012, that number dropped to less than half that—about 25,000 nationwide. Half of those were from drunk driving. Not only have traffic accidents been going down over time (regardless of alcohol’s legality) states which have passed medical cannabis laws have actually seen a reduction in traffic fatalities.

The human body does not process cannabis the way it processes alcohol, nor can a person’s tolerance level to the substance be measured similarly with accuracy towards actual impairment.

Human bodies all come equipped with an endocannabinoid system — a network of receptors found throughout the body (brain, organs, connective tissue, glands and immune cells) that have the explicit purpose of binding with the cannabinoids found in whole-plant cannabis to perform a variety of tasks where they are found.

When patients use medical cannabis, their ultimate goal is “homeostasis” a stable internal environment despite external influences, or in other words, patients are trying to consume as much cannabis as often as they can so they can saturate their endocannabinoid system with all the cannabinoids found in whole-plant cannabis.

People who use cannabis regularly have certain levels of cannabinoids present in their bodies even when they don’t feel the effects of the use any more.

A patient or recreational user who uses cannabis frequently can tolerate higher levels of cannabinoids without being or feeling impaired in any way. Persons who have never used cannabis can become impaired drivers from just one hit.

Some users even say they drive better after using cannabis, mostly because they either feel relief from the symptoms of a chronic illness or because they are more focused. In fact, auto insurance provider 4AutoInsuranceQuote.com says their studies say cannabis users are better drivers.

There is no magic number or metric that can be used to adequately determine cannabis impairment and trying to do so without understanding the poor comparison with alcohol is setting the precedent for terribly written laws in places where cannabis is legal for medical and/or recreational use.

Some states, such as Washington, have set the legal limit of active THC in a driver’s bloodstream at 5 nanograms per milliliter of blood. Many activists, industry leaders and medical marijuana patients decried this regulation doesn’t reflect actual impairment and local news station KIRO TV even tested the limits with an actual Washington state highway patrol officer and driving instructor and found that the drivers could consume up to four times that legal limit without their driving becoming impaired.
Posted by arclein at 12:00 AM