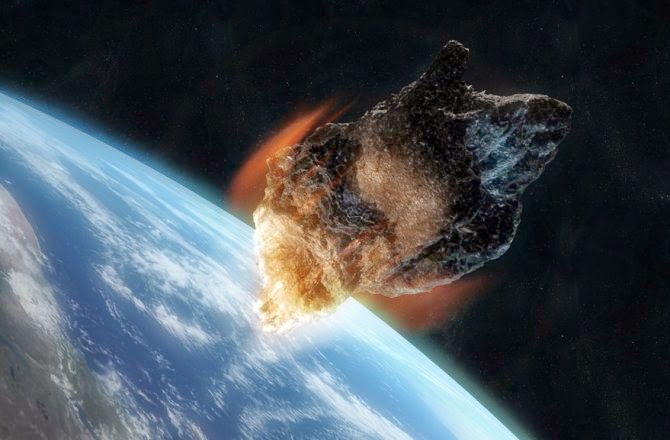 The take home is that we catch around two significant asteroids per year and that becomes a two hundred object sample each century.   That really means that the threat level is plausibly comparable to tsunami.  This is significant.  It is 10,000 objects in 500 years.  Thus the chance of an impact causing serious damage to a populated area is actually far higher than imagined.

It also means that the ranges of imagined threats is also not zero or particularly close to zero.  Recall also that we have only been gathering data mostly during the past two centuries with anything approaching a global scale.  This comforts us to the extent of knowing the risk is low, yet I suspect that the risk really does compare well to some known geological risks that we can identify and work around.

Last year’s nasty event was a sharp proof that the risk is real and we can now teach that to our children instead of burying the concern in faux controversy.

A global network that listens for telltale traces of nuclear weapons tests detected 26 explosions between 2000 and 2013 caused not by nuclear explosions but by asteroids blasting apart in the atmosphere, a video visualization released on Tuesday shows.

Only one impact, the 2013 strike over Chelyabinsk, Russia, caused widespread injuries and damages on the ground, but the study is a somber reminder that Earth's lucky days may be numbered.

"Most of the impacts are too small and too high up to cause major damage ... but it does show you ... an asteroid large enough to destroy a city is likely to occur about once every century or so," Ed Lu, a former NASA astronaut who now oversees the asteroid-hunting B612 Foundation, told reporters on a conference call.

"There is a popular misconception that asteroid impacts are extraordinarily rare -- millions of years between large asteroid impacts -- and that's incorrect. We think that actually seeing these things on a map, on a globe of the Earth with the date will help them understand that," Lu said.

The data used in the video was collected by a global network of infrasound stations, consisting of microbarometers that continuously measure miniscule changes in air pressure at frequencies much lower than the range of human hearing. The network is operated by the Nuclear Test Ban Treaty Organization.

The B612 Foundation -- named after a fictional planet in the book The Little Prince by French author and pilot Antoine de Saint-Exupery -- plans to launch a telescope in 2018 to scope out potentially dangerous asteroids, such as the one that exploded over Chelyabinsk with the force of 600 kilotons of energy. More than 1,000 people were injured by flying glass and debris.

In comparison, the atomic bomb dropped on Hiroshima in 1945 had an energy impact of 15 kilotons.

Asteroids between 40 and 45 meters in diameter are the ones that have the potential to destroy a city.

"Chelyabinsk taught us that asteroids of even 20-meter size can have substantial effect. The size range of what you would call a 'city-killer' is beginning to decrease," Lu said.

"The data we have is just on the edge of what's just large enough to destroy a city, but this is not the main point ... Whether or not these things happen once a century, once every 80 years or once every 150 years, we're going to find out once we launch Sentinel.