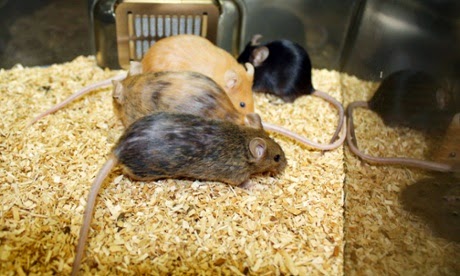 This is a huge breakthrough and it real promise is to fully restore health and vigor to the elderly.  This is no small accomplishment and will be used much sooner than understood.

Recall that wild animals show little effect of aging until the last months of their lives and collapse is then precipitous.  The natural equivalent would be for us to live in full health and vigor until around ninety eight at which the actual collapse kicks in.  It is obviously possible because we are the actual exceptions that prove the rule.

This tells me that we now have a simple work around through the thymus which is likely the cause of our early cycle of decline anyway.

The take home is to get back in shape and be prepared to work until you are at least ninety five.

Scientists rebuilt the thymus of very old mice, re-establishing its health to that seen in younger ones.

Scientists have regenerated a living organ for the first time, potentially opening the way for life-lengthening human therapies.

A team at Edinburgh University’s medical research centre for regenerative medicine managed to rebuild the thymus of very old mice, re-establishing the health of the organ seen in younger creatures.

Scientists reactivated a natural mechanism that shuts down with age to rejuvenate the thymus, an organ near the heart that produces important infection-fighting white blood cells, called T cells.

By targeting a protein called FOXN1, which helps control how genes are switched on, the function of the thymus was restored. Treated mice began to make more T cells.

The research, published in the journal Development, found the thymus grew to twice its previous size, and the recovery appeared sustainable. Scientists now will look into any unintended consequences of increasing FOXN1.

The thymus is the first organ in the human body to deteriorate as we age, contributing to the declining capacity of older people to fight off new infections, such as flu.

The breakthrough may lead to treatments that could significantly elongate human life. But this would be many years away, given that the process has been tested only on mice.

Professor Clare Blackburn, who led the research, said: “By targeting a single protein, we have been able to almost completely reverse age-related shrinking of the thymus.

“Our results suggest that targeting the same pathway in humans may improve thymus function and therefore boost immunity in elderly patients, or those with a suppressed immune system.

“However, before we test this in humans we need to carry out more work to make sure the process can be tightly controlled.”

Dr Rob Buckle, head of regenerative medicine at the medical research centre, said: “This interesting study suggests that organ regeneration in a mammal can be directed by manipulation of a single protein, which is likely to have broad implications for other areas of regenerative biology.”